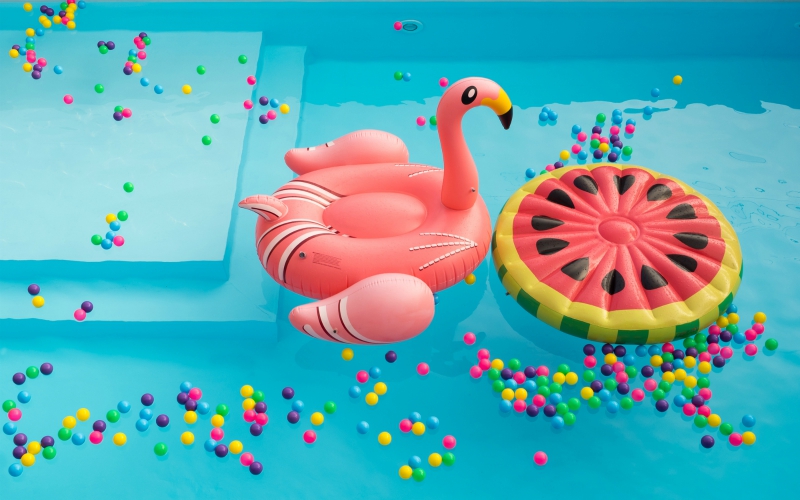 For roughly 17 glorious minutes this afternoon, tens of thousands of people watched live as ABC 7’s chopper tracked three super fuckin’ chill dudes as they floated down the L.A. River in a giant inflatable flamingo. Because nothing good and pure is allowed, the cops came along and royally harshed their mellow, dragging the flamingo out of the water, searching its contents, and eventually requesting that the men deflate the vessel, which also appeared to incorporate an air mattress, perhaps for extra support.

Here’s the extent of the info being provided by the news organization so far:

A group was seen aboard a hot pink flamingo-shaped inflatable raft, floating down the Los Angeles River on Monday.

The group of three appeared to lounge on the raft, which was seen floating in the Boyle Heights area around 1 p.m., then making its way into the Vernon area.

Law enforcement officials eventually approached the three individuals, who got off the raft and pulled it off to the side of the river. Officials were seen speaking to the three and handing them what appeared to be tickets.

Meantime, other law enforcement officials were seen looking through the contents inside the inflatable flamingo.

The group then deflated the raft, stuffed it into a bag, loaded it into a car and left the area.

Others, including ABC 7’s own Dan Rasmussen, were suspicious that the dudes—one of whom wiggled his pelvis at the chopper cam during police questioning—had an ulterior motive…

I think what they’re promoting is kicking back and shooting a couple of middle fingers in the direction of square society, and in that case, I’m buying what they’re selling. (Oh, but for real, if their antics have inspired you to purchase a six-person flamingo float, there are several for sale on eBay for approximately $300-$500.)

RELATED: This Escaped Donkey Is Your Hero for the Day