Home Things to Do Here Are the Five Coolest Things Happening in L.A. This Weekend 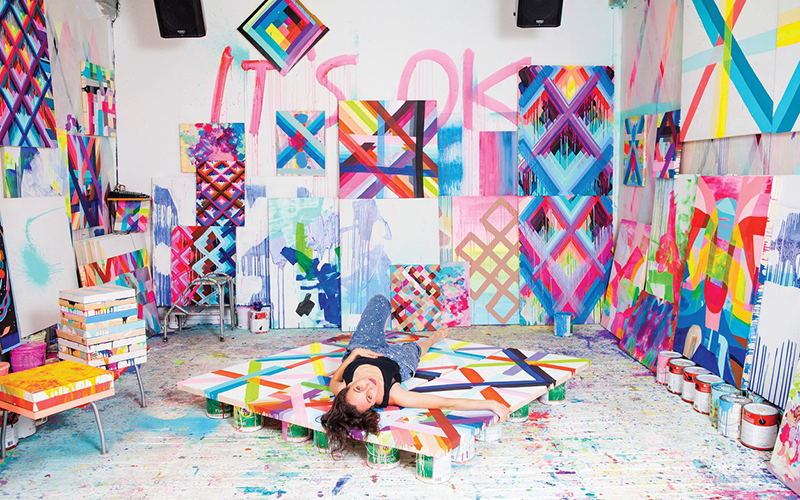 Photograph courtesy Beyond the Streets/Lauren Silberman

The Shakespeare Center brings sonnets and soliloquies back to the Veterans Affairs campus in Westwood after a nearly four-year hiatus with its production of Henry IV. The biggest draw: Tom Hanks stars as Falstaff in the actor’s local theater debut. The best part: There are 2,000 free tickets for vets and active military members.

Rooftop Cinema Club just opened a new location a NeueHouse on Sunset. This weekend alone, the org has a totally bananas line up: Catch The Adventures of Priscilla, Queen of the Desert at NeueHouse or Cruel Intentions at LEVEL on Friday; on Saturday they’ve got Moonlight on the docket at LEVEL; and Sunday, head to Wakanda with King T’Challa during a screening of Black Panther at NeueHouse. Fly solo with bottomless popcorn for $20, or bring a date and book a loveseat for $24 per person.

Made in L.A.
Through September 2

The Hammer’s biennial celebration of local artists is back in full force, this time with a roster of more than 30 makers whose ages range from 29-97. Curators Anne Ellegood and Erin Christovale have created a show focused on issues of representation as well as different aspects of the body; get a taste of what you can expect here, then head to the Westwood campus to see it all for yourself.

Sign up for this beachside run and post-run party that celebrates adidas’ collaboration with ocean-loving environmental org Parley. Register for free to join the group run, which kicks off at 7 p.m. from Temescal Gateway Park. Trot along a 5k course–for each kilometer participants log, adidas will donate a dollar to the cause–and then return for an event with musical performances by Anderson .Paak and the Free Nationals, DJ SOSUPERSAM, and Jhene Aiko, and appearances by athletes Josh Rosen, Nneka Ogwumike, Chelsea Gray, Ally Love, and more.

Beyond the Streets
Through July 6

RELATED: The Best Exhibits at Museums and Galleries in L.A. This Month

The 8 Best Things Going On In L.A. This Weekend