Home Uncategorized The Five Best Things To Do in L.A. This Weekend 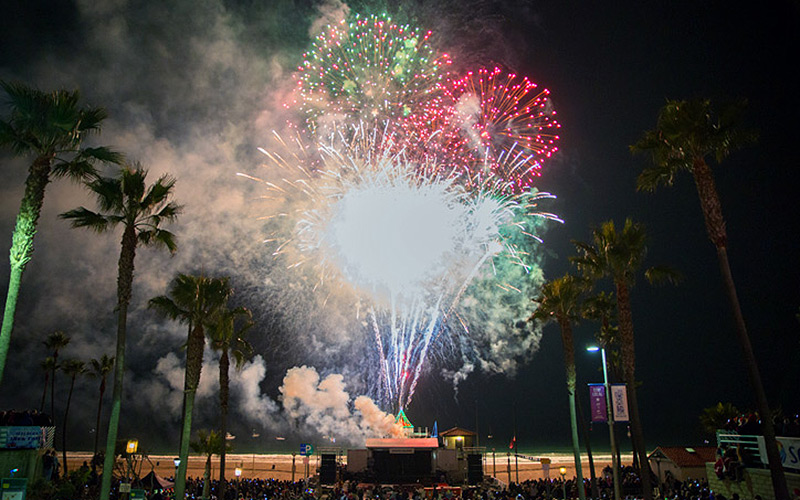 Knock bizarre aunts and hard-to-buy-for brothers off your gift list at this epic outdoor fair in Grand Park. The DIY utopia showcases goods from more than 275 vendors, who hawk everything from dainty jewelry to handmade ceramics. Local bakeries, food trucks, and coffee companies proffer treats to keep your stamina up. More information (December 10-11, Grand Park)

There are two ways to see fireworks in L.A. when it’s not the Fourth of July: stumble upon a taping of The Bachelor, or go to Manhattan Beach for its annual holiday fireworks show. The explosives pop off starting at 7p.m., but a word to the wise: Parking in the South Bay is a very realistic nightmare, so get there early (street closures begin at 2 p.m.). More information (December 11, Manhattan Beach Pier)

There are Christmas carolers, and then there’s the Los Angeles Master Chorale. Gustavo Dudamel leads the LA Phil and the Grammy-nominated chorus in four performances of Haydn’s masterpiece, a three-part epic about God’s forming of the world. The concerts at Disney Hall will be sung in German, so brush up on the finer points of Genesis ahead of time. More information (December 8-11, Disney Hall)

Sometimes, complicated concepts—the offside rule in soccer, say—are best explained with visuals. British-based theater company Forced Entertainment applies that idea to Shakespeare’s oeuvre (like, all of it) at CapUCLA: Over six days, the troupe will perform condensed versions of the Bard’s 36 plays, using everyday objects (salt and pepper shakers, shampoo, a bottle of Grappa) as stand-ins for each character. More information (December 6-11, CapUCLA)

Pre-show at the @kennedycenter exploring if Jurassic park used @tacobell DNA to supplement the Dino DNA. Check out the live stream at the link in our bio!

In a city full of creatives, it only seems natural for experts to collide. Such is the case at Picture This!, a free comedy show from Brandie Posey and Sam Varela where stand-up meets animation. Local cartoonists and artists sketch the performers during their sets, and the result is projected onto a screen for all to see. This being L.A. and all, you can expect some pretty solid work from both the pencil-wielders and the mic-holders. More information (December 10, The Virgil)