Home Outdoors As the Pandemic Continues, Angelenos Are Finding a Reprieve at the End... 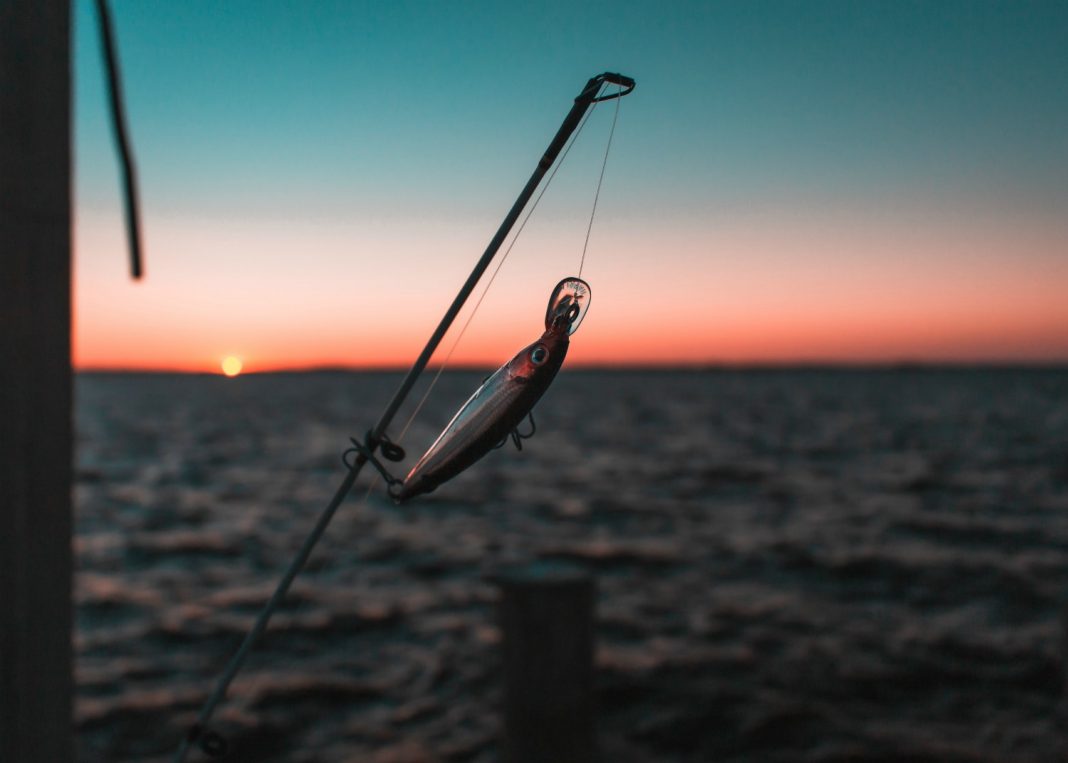 Nick Jackson ties a lure on his line, then casts it into the Marina del Rey channel. Dressed for comfort, in a Dodgers cap, gym shorts, and sandals with socks, the 30-year-old has been fishing in L.A. since he was a toddler and likes to get out twice a week. “This is my time to chill and relax,” he says.

Jackson’s dad taught him to fish and it used to be their weekly activity together. But seven months ago, his dad passed away from COVID-19. Gripping the wood handle of an old fishing rod, Jackson says he thinks about him a lot out here.

It’s a crowded Sunday afternoon on Marina del Rey’s boulder-strewn South Jetty, with at least two dozen people casting off into the Ballona Creek on one side of the jetty and the Marina’s channel on the other. Jackson, who fishes all over the county, from Venice down to Long Beach, says he’s noticed a lot more Angelenos out fishing these days.

Ginny Wylie, who runs Wylie’s Bait & Tackle on Pacific Coast Highway, agrees, noting that her equipment has been selling out amid an increase in customers. The creaky wood tackle shop—one of the last remnants of Old Malibu—sits at the mouth of Topanga Canyon and was established in 1946 by Wylie’s grandparents. According to Wylie, some people have been inspired to fish after binge-watching YouTube fishing channels, while others are simply sick of being cooped up inside.

Near the end of the jetty, listening to Reggaeton on a portable radio, a dad named Al is untangling the line from a neon pink plastic fishing pole that he bought at Big 5 as his wife scrolls her phone. “We do it for him,” Al says, pointing to his son, who’s busy staring through miniature toy binoculars at a colorful sailboat drifting into the marina. The family drove across town from landlocked Pasadena to escape the crowds and get some fresh air.

Another dad named Ryan—a muscular guy with tattoos covering his arms—is watching his two shaggy-haired sons when one of them, Damon, yells “We got one!” It’s a carp, Ryan guesses, small and scaly. Ryan, who learned to fish from his own dad, says at least one good thing has come of this quarantine: “It’s brought me closer to my sons.”

Across the jetty, a tow-headed high school student named Drew is giving pointers to his classmate Mario. “Just try to follow the line down,” urges Drew, who grew up fishing on freshwater lakes. Suddenly, Mario’s fishing rod bends sharply—a bite!—but when he reels it in, it’s just a clump of seaweed. One fisherman said this jetty is a good spot for kelp bass, sand bass, and mackerel, but Drew and Mario haven’t caught a thing today.

Neither has Nick Jackson, although mornings and evenings are better, he says. Recently, he caught a 20-pound yellowtail near here. He sometimes gives his catches to friends, but usually throws them back in the sea—a tradition he learned from his dad.

Nick’s dad, Chuck Jackson, served 32 years in the Los Angeles School Police Department, earning commendations for protecting a school from gang members, and assisting a mentally ill woman from harming herself on the freeway. Retiring in 2013, he was resolved to spend his golden years traveling, camping, and enjoying fishing with his son.

But after a ski trip in March, Chuck tested positive for COVID-19. Breathing with the help of a ventilator, he battled the virus for three weeks before it claimed his life. Nick, who chronicled his dad’s final weeks on social media to raise awareness about the virus, vowed to “carry on the legacy my dad started”—including by continuing fishing.