Home Film Fishing for Money for a Dark L.A. Comedy 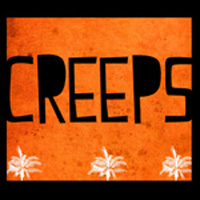 Share
Email
Facebook
Twitter
Pinterest
ReddIt
WHAT: Nearly 20 years ago, Guinevere Turner wrote and co-starred in Go Fish, a lesbian rom-com that was a crucial entry into the ’90s indie cinema revolution. Now, Turner, who has lived in L.A. for the last 15 years, wants your money for her latest feature, Creeps. So far, she has raised $10,000 of reach her $200,000 goal.
VERDICT: Cool. Described as a dark comedy about two friends who “decide to quit drinking and doing drugs for a week so they can have great skin for a party,” Creeps also sounds like a send-up of L.A. That’s the kind of satire we can get behind. The campaign ends tonight at midnight.