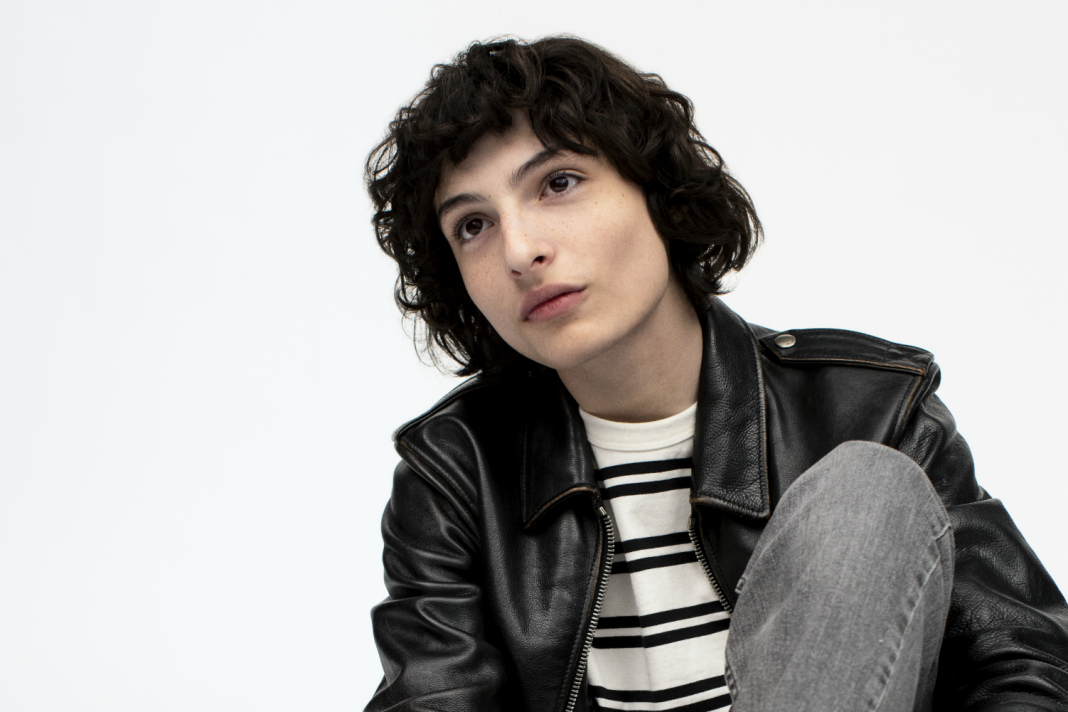 With starring roles in Netflix’s Stranger Things—which returns for a third season this month—and the film franchise It (part two of which arrives this fall), Finn Wolfhard has become one of the most beloved actors in modern horror. And no one’s more surprised about that than Finn Wolfhard.

“It’s funny, ’cause I’m not a scary guy,” insists the sweet-faced 16-year-old. Friendly and just a tiny bit awkward, Wolfhard comes off a lot like his Things character, Mike Wheeler—the sensitive leader of an intrepid group of middle school science nerds.

But while he may not seem born to the fright-filled genre, he loves the work. “If you give someone a true scare, that’s the equivalent of being in a comedy and making someone laugh. It definitely feels good to be part of something that did its job.”

That might explain why for one of his next big roles he’s chosen yet another horror project: haunted-house chiller The Turning. Due in 2020, it’s executive produced by Stranger Things’s spiritual godfather, Steven Spielberg.

The two have yet to hang out—though a six-year-old Wolfhard once gave the director a fright in Larchmont Village. “He was walking with his granddaughters,” the actor recalls, “and my Dad pointed him out: ‘That’s Steven Spielberg!’ So I just started running up behind him. I had no fear. Plus I had these giant boots on, so he probably thought somebody was about to kill him. And then the reveal is, he turns around… and it’s just me.”

There’s a movie poster for Spielberg’s Jaws prominently featured in Stranger Things. When you started the show, had you even seen that movie?

I had, yeah. I like to think I was kind of a film nerd before I was cast. All the movies that [series creators] the Duffer brothers wanted us to watch to get a feel for the show I had already watched: Stand by Me, Jaws, all the John Hughes movies.

How old you were when you saw Jaws? Because Stranger Things started shooting years ago; you were probably barely a teenager.

My family! The entire family watched Jaws, and I thought it was awesome. It’s funny—now I don’t even consider it a horror movie. I just consider it a classic. When I watch it, I almost feel like it should be in black and white.

What’s the most frightened you’ve ever been in real life?

Oh! Let me think about that for a second.

No one’s ever asked you this?

No! I mean, I felt unsafe when Stranger Things first came out. I was 13, and we were shooting It in Toronto. I was walking back to my apartment, and this couple followed me there. I was thinking the whole time, “These people are following me. That’s not right.” And finally I got to my door, and they were like, “Can we have a picture with you?” And I remember being like, “No! You just followed me back to my home! You know where I live!”

The most frightening thing for you was new fame.

For sure. I mean if anyone’s comfortable being famous, they’re a psychopath.

You’re a musician. I once saw an interview with Fugazi’s Ian MacKaye talking about hearing punk for the first time, and he said it scared the hell out of him, which is what fascinated him about it. What music did that for you?

I know what he means! I got into indie rock because I was in the video for this band from Toronto that are kind of popping right now—they’re called Pup. I was auditioning to be in their music video, and I heard their song “Reservoir.” I was like, “Oh, God, it’s so loud and fast I don’t understand it!” But I was curious and had to listen again. And then the planets aligned, and from there it was just all Pup, all the time.

They’re not the most nightmarish band—it was just the noise and aggression that spooked you?

Yeah. “Reservoir” is one of their heaviest songs, and I hadn’t heard anything like it.

What were you listening to before that?

I mean, nothing really, just the Beatles and, I think, Blink-182. What a pair.

You’re asked plenty of questions about darkness and horror. What in pop culture is making you especially happy these days?

I just rewatched Little Miss Sunshine, which I think is the perfect indie movie—or just a perfect movie. And I watched this movie called Harold and Maude from the ’70s, and that’s the most feel-good movie—it’s so crazy.

You think of Harold and Maude as feel good? I think of it as maybe bittersweet. It’s all about death.

It is, but it’s so funny! I’d recommend anyone watch Harold and Maude, ’cause it helps a lot with fear of death.

RELATED: Rebecca Black Is All Grown Up Now

Hollywood Brief: A Spielberg Exit Plan? COVID and the Movies