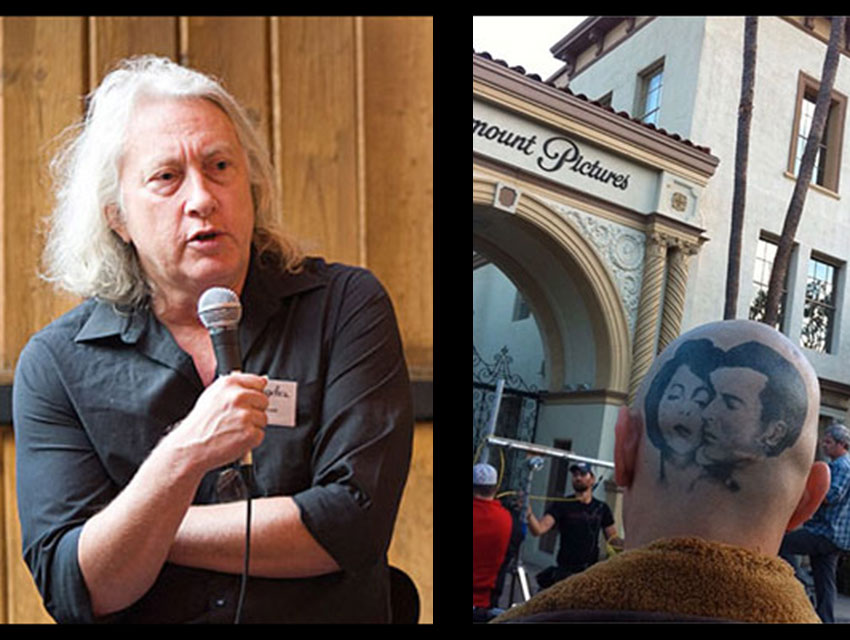 It’s been a stupendous autumn for our film critic Steve Erickson.

First, James Franco (@jamesfrancotv) Instagrams pics from the set of Zeroville, the first film adaptation of one of Erickson’s many novels. Franco is writing, directing, and starring in the flick, which recently started shooting. Written in 2007 but set in the 1970s, the surreal story follows Vikar Jerome, a young “cineautistic” man who’s obsessed with movies—so obsessed that he has an image of Elizabeth Taylor and Montgomery Clift tattooed on his skull. You can see a shot of the hairstyle (shades of Travis Bickle in Taxi Driver) in Franco’s Instagram feed.

Then, Erickson received a prestigious Lifetime Achievement Award from the Lannan Foundation. Erickson is currently at work on his tenth novel. You can catch up on all his reviews, including his take on Nightcrawler, which opens tomorrow.

The End of the Tour Memorializes David Foster Wallace—and Us