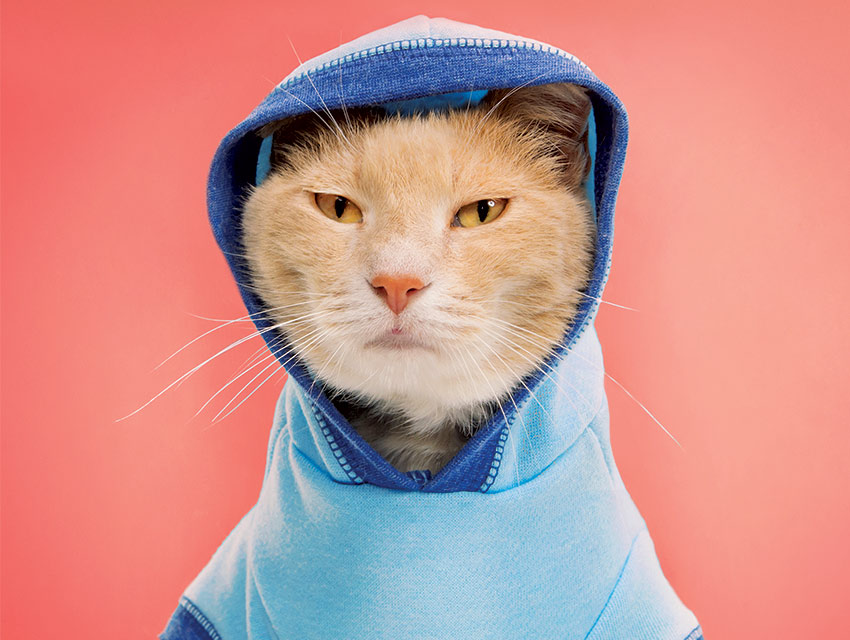 Let Comic-Con knock itself out with appearances by such lightweights as Spider-Man and Thor. CatConLA, a two-day feline-lover extravaganza that takes place this month at the Reef (formerly the L.A. Mart) near downtown, features cat celebrities that are as in demand as A-list actors. Thanks to the steady churn of “kitteh” memes and viral videos, millions of people have watched the YouTube antics of bug-eyed Lil Bub, mustachioed Pudge, and the moody existentialist Henri. The online creatures have managed to establish a real-life fan base that’s eager to be in the presence of a whiskered superstar and to take home a bit of memorabilia.

The symposium, which runs June 6 and 7, also offers areas to shop, adopt, and mingle with a few notable humans, including illustrator Simon Tofield (creator of the animated online series Simon’s Cat), Catladyland blogger Angie Bailey, and comic strip writer Francesco Marciuliano, who will read from his poetry collection, I Could Pee on This: And Other Poems by Cats.

If CatConLA’s debut is successful, there’s a chance the species can get a leg up in our canine-centric city. Dogs have their own parks, day care—even spas. We say nine-livers deserve some extra love, even if they’ll never give us the satisfaction of knowing we’ve made them happy. The Hollywood Original
Leo, the iconic MGM mascot, has been played by seven lions since making his first appearance preceding a Goldwyn Pictures Corporation film in 1917. The Sex Kitten
When she made her debut on the Batman series in 1966, Julie Newmar’s Catwoman was one of the raciest characters on television. The Reluctant Reality Star
Rugged, single, and ready for love, P22 is unscripted TV catnip. But the mountain lion isn’t here to make friends. After being hounded by the press while hiding inside a Los Feliz crawl space, he retreated back to his Griffith Park lair. The Cautionary Tail
Colonel Meow’s intense glare and nine-inch-long hair (a 2014 Guinness World Record) made him an Internet star. He moved from Seattle to L.A. to make it big. Instead he died from a mysterious illness at the age of two.

Indulge your grimalkin obsession with these five products

Lion queen
The Roar Foundation, actress Tippi Hedren’s exotic cat charity, runs a sanctuary in Acton that you can (and should!) visit.

Play ground
Catfe is a regular pop-up adoption event put on by Best Friends Animal Society and No-Kill Los Angeles. Plans for a forever home are percolating with the recent launch of a crowdfunding campaign.

What’s On in L.A. This Weekend: Tom of Finland, Zedd, and Ziggy Marley

What’s On in L.A. This Weekend: Nights Of The Jack, Bad Bunny, CatCon