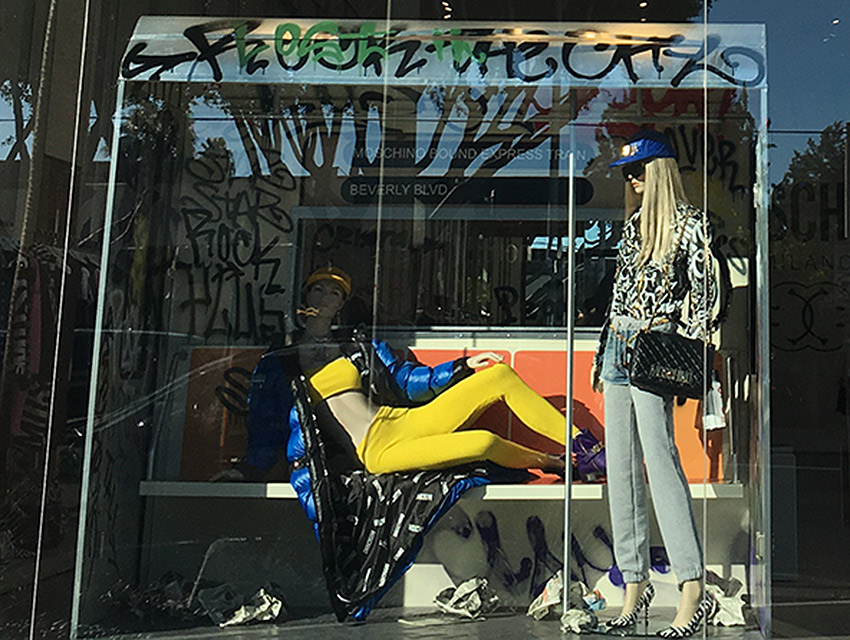 Fashion designer and creative director of Moschino Jeremy Scott has long been an unconventional force who isn’t afraid to ruffle feathers. Unfortunately, his couture graffiti inside of the Moschino store at 8933 Beverly is an insult to the very people he is ripping off. Basquiat and Haring didn’t push envelopes so that someone like Scott could sell overpriced clothing; that’s not what street art is about, and presenting it in this way feels like a slap in the face to all those who came before him.

Scott has been in hot water with artists before: In 2013 he was accused of ripping off styles from the legendary skate icon Jimbo Phillips, and he’s currently being sued by Brooklyn-based graffiti artist Rime for using elements of the artist’s mural Vandal Eyes for Moschino’s Fall 2015 collection.

Downtown L.A. Is a Retail Field of Dreams