Home Film Exclusive: Here Are All of the Movies You Can See at Hollywood... 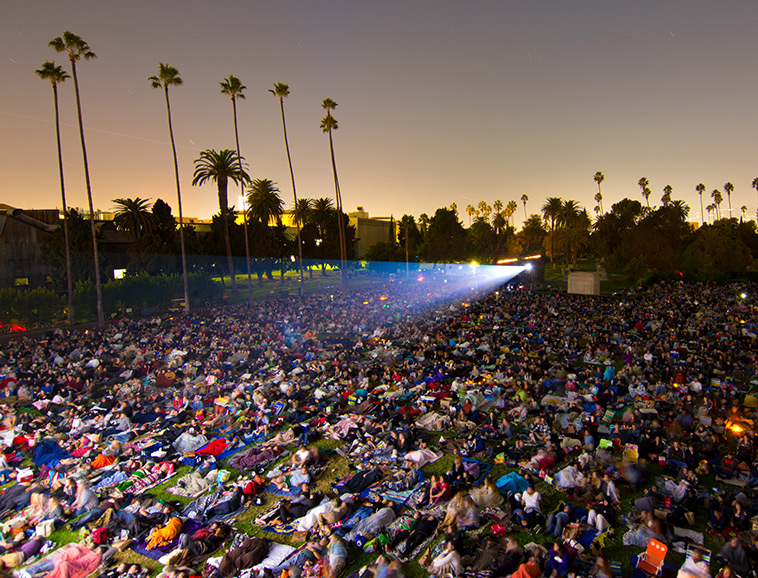 It’s nearly the end of July, which means we’re right in the throes of Cinespia’s 15th season of screenings at Hollywood Forever Cemetery. But it’s never too late to start planning ahead. We’ve got your first look at the lineup for September, featuring a pair of special Labor Day weekend screenings. Get your tickets now, and check out the full lineup below.

The Master of Suspense himself would surely be pleased to know that his 1963 film—in which birds brutally maul the denizens of a small California town—will be shown at a cemetery.

What do you get when an Elvis fanatic falls in love with a hooker named Alabama? This cult classic black comedy from director Tony Scott and screenwriter Quentin Tarantino.

Moonrise Kingdom, Wes Anderson’s whimsical story about two 12-year-olds who fall in love and run away together, will hit you with a solid dose of nostalgia. Like his other films, this one stars a rotating roster of his favorites (Edward Norton, Bill Murray, Jason Schwartzman).