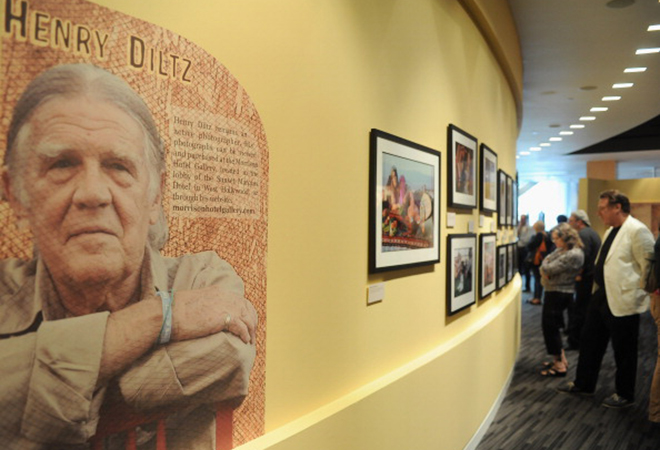 Laurel Canyon in the 1960s and ’70s is one of those places that evokes a special kind of nostalgia, even (maybe especially) for those who never lived there. It was a hotbed of America’s new, counter culture-tinge folk and rock scenes and a creative nexus where Joni Mitchell, Neil Young, and the Eagles performed with and were inspired by each other. More than four decades after its heyday, the scene is still inspiring fascination and introspection.

On May 9, the Grammy Museum opened California Dreamin’: The Sounds of Laurel Canyon, 1965-1977, an exhibition that includes handwritten lyrics by Frank Zappa, the writing chair of Jim Morrison of the Doors, and tons of candid photos of musicians in the canyon.

David Kukoff, a screenwriter (Switching Goals, Model Behavior) who grew up in West Hollywood during the era, has approached the microculture from a more literary perspective. His first novel, Children of the Canyon, was released in February  and tells the story of a boy, David, growing up in Laurel Canyon in the ’60s and ’70s. David’s dad is a music producer, his mom leaves to find peace in an ashram, and his first love is a girl named Topanga. Kukoff uses historical events to anchor the narrative but incorporates his experiences and memories.

The book opens with David’s parents dancing around a bonfire and tossing in their wedding rings in what David will learn is their divorce ceremony. His dad tries to raise him while helping a struggling musician who resembles Brian Wilson of the Beach Boys. There are wild parties at the house. A Huey Newton stand-in hosts a Black Panther meeting in their living room. One night a knock at the door brings them news that a body has gone missing and is later found burnt in Joshua Tree à la Gram Parsons. And David finds himself worrying about the curious people he’s seen on the TV who call themselves the Manson family.

Kukoff will read from Children of the Canyon at Stories in Echo Park on June 13. In the meantime, we caught up with him to ask more about the book, his experiences growing up during that era, and some of the fallout it caused.

There’s still a lot of interest in the Laurel Canyon scene of 50 years ago. Why is that?
We still hear music from the Mamas and Papas, from Crosby, Stills, Nash and Young, from Joni Mitchell, the Eagles. The list goes on. So much extraordinarily important music was created in a short period of time. If you look at other musical movements and places, like Seattle, I don’t know if any of them have had quite the same reach and endurance that Laurel Canyon has had. There was also a political activism that came from it, and I think that was important. What I try to cover in the book was that I think this is the location where the counter culture really comes to a crashing end.

I think a lot of people are nostalgic about this era, but you were careful not to glorify it. You follow the story to the end and we get to see the repercussions of people’s choices.
We’ve seen the world of Joan Didion. We’ve seen the adult’s perspective on it. But what we haven’t seen was what it must have been like to be a child growing up in an environment that was not really grown up. I remember a lot of parents wanted to be called by their first names, they didn’t want boundaries, they wanted to be able to explore and be free. I started bumping into a lot of the kids from when I was growing up and I think these structureless homes hadn’t necessarily ended so well for many of them.

Did you grow up in Laurel Canyon?
No, I grew up in West Los Angeles. I was friends with a lot of kids whose parents were in the record or movie business and politically active at the time. When I started reading more I was always fascinated with Laurel Canyon and with how much extraordinary and folklore came from there.

If you read Michael Walker’s account of Laurel Canyon there’s just so many stories and remarkable characters, you almost couldn’t script it. The more I spent reading about this era and hearing who the characters and players were I realized, ‘I think I knew that guy’s kid’ or ‘I think I grew up with the nephew of that one.’ The book is not a memoir; it really is a work of fiction. I put my character in a place that I didn’t grow up but that I did have a personal connection with, just a less autobiographical one.

You gave the protagonist of the story your name.
I did go to an all-boys’ school. I was asked to leave a very crunchy kindergarten because I wanted to check a book out of a library and this very counter-culture school thought I was too tightly wound. The part of the book where David is put into the school next door which is much more rigid and academic, that actually happened. There was a famous dance contest at the girls’ school. It didn’t end quite as sexualized as in the book, but there were bits and pieces.

What is there is some of the actual folklore of the canyon. The story of Gram Parsons, how his casket was taken to Joshua Tree and lit aflame. The story of how Huey Newton tried to get Butch Snyder to smuggle him to Cuba because he was on the lam. There are historical events in the background but nothing that’s too close to actual facts because very few nine or ten-year-olds are completely aware of what’s happening in history as it’s happening.

But certainly Vietnam, Billy Jean King defeating Bobby Riggs, Roe vs. Wade is very much a part of the ’73 chapter. Disco happens. There’s also a famous fire in the canyons of Los Angeles. I put it forward a couple of years from when it happened, but that’s in there as well.

All of the history of Laurel Canyon is just part of the background. It’s really about David and his experience, which is one that everyone goes through when you’re a child and you don’t really understand what’s going on in your environment. At the end of the day we grow up. All of us fall in love with something, all of us have strange and confusing episodes with our parents, all of us try to sort out how we feel about certain things.

Are you working on your next book?
I am. I’m halfway through it. When you’re writing screenplays, you know ‘This will be X amount of words’; that’s the good thing about being a screenwriter. The downside is that you are in penned in by the rigidity of its structure. You don’t really have the open-endedness of a novel. As a novelist I’ve tried to give myself a little more leeway.