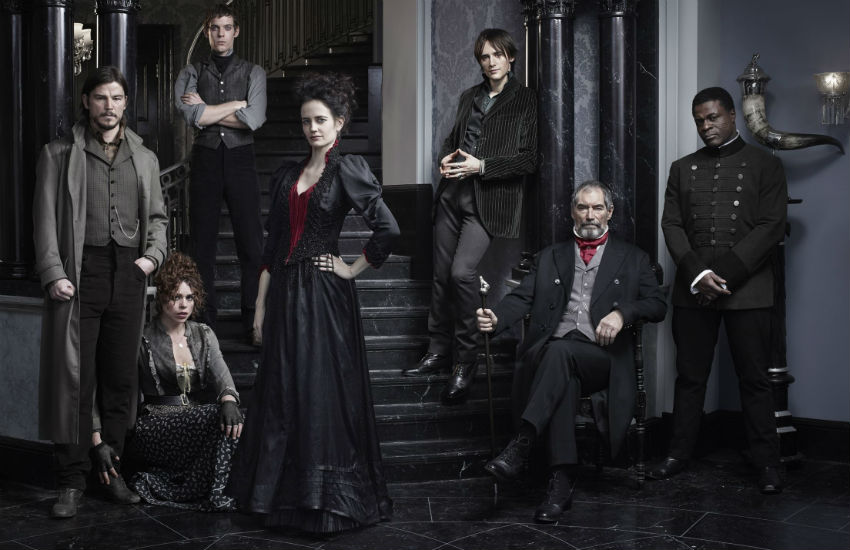 If you are the sort of person who likes all things Victorian, vampiric, lycanthropic, occult, or Frankensteinian (not to mention Oscar Wildian), then you are likely well aware of last year’s Showtime hit Penny Dreadful. If you are new to the series, here’s all you need to know: it is a hodge-podge of supernatural clichés, it takes itself way too seriously, it’s beautiful to look at, and it’s actually a much better show than advertised. With a title like Penny Dreadful—a reference to the nineteenth century horror tales that could be bought for pence—it seems as if even the show’s creators set their expectations pretty low. But, in fact, last season was an incredibly watchable, voluptuous, even delicious, period romp through the entire bookshelf of the Victorian Gothic. We were only waiting for Dr. Jekyll to show up—but we’ve got all of season two for that.

And the first episode of the new season, “Fresh Hell,” boasted high-caliber performances from nearly the entire cast—particularly from the exquisite Eva Green, with her luminous white skin and mile-high forehead (who plays central character Vanessa Ives, lately possessed by the devil, and likely to be so again) and from Josh Hartnett (in perhaps a career-rescuing role as an American gunslinger and secret werewolf), so we are optimistic that the show can do again in season two what it did in season one. That’s the good news…

The bad news is that if you didn’t watch the first season, we can’t really explain “Fresh Hell” to you. It’s just too complicated. Dr. Frankenstein is in the middle of resuscitating Ethan’s recently deceased girlfriend, Brona, in order to create a mate for The Creature. Witches, devoted to Lucifer, are hot on Vanessa’s trail, and attack Ethan and Vanessa in a carriage, while Ethan is trying to confess to Vanessa that he’s a (gasp) werewolf. Vanessa can apparently speak some language that is inside-out angel speech, and that is cool. Sir Malcolm’s wife does not want him to come home, telling him in icy tones, “We don’t have any more children for you to save. Or for you to kill.”

Which leads us to our only concern—something that could actually make Penny Dreadful kind of dreadful. Last season was driven by the central plot element of saving Sir Malcom’s daughter Mina, as well as explaining how Vanessa got to be, well, the way Vanessa is. But without those through-lines, Penny Dreadful may not be strong enough as a series to hold up more than one season.

“Fresh Hell” was just a little bit flat—in between the vats of blood, and dead bodies, and the naked female demons who magically transformed back into properly attired London ladies. (Our favorite snippet of dialogue: Sembene asks Ethan: “What were they?” And Ethan replies: “Women.”) Anyway, we really hope that Penny Dreadful can keep up the “thankless work in dark rooms,” as new character murder tableau stager Oscar Putney puts it. We will just have to hold our breath and see. Or hold our crosses and our garlic cloves and holy water. You know the drill.

Penny Dreadful Is Returning and It’s Coming to 1930s L.A.