Home Internet At a New Storefront in East L.A., Everything Is Terrible 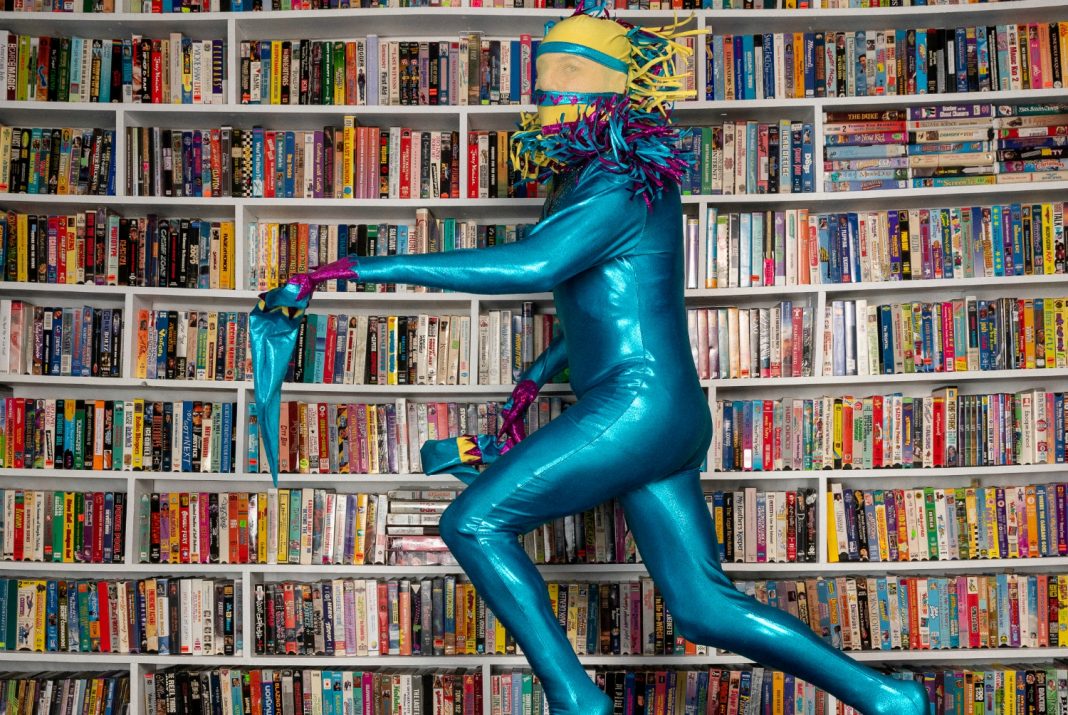 Courtesy Everything Is Terrible

L.A.-based found footage collective Everything Is Terrible has spent the past decade and change turning the worst VHS tapes into internet gold. They’ve made movies, embarked on countless live tours, amassed a collection of more than 25,000 copies of Jerry Maguire VHS tapes, and now they’re bringing their special brand of weirdness to the retail space. On Saturday, July 6, they’re launching their first storefront at 754 S. Atlantic Boulevard in East Los Angeles.

EIT masterminds Dimitri Simakis and Nic Maier gave us the skinny on the opening.

What does the inventory consist of in an Everything Is Terrible store? Is it just EIT merch or other stuff too?

We decided early on that there is no such thing as too much merch, and have taken that concept to the furthest extent possible. We started off with the usual (shirts and DVDs of our feature films), but it quickly escalated to hats, cassette tapes, fuzzy blacklight posters, pop sockets, one-hitters, Jerry Maguire-themed socks, drink koozies, pint glasses, and shoelaces that read ‘take comfort in the fact that all of this will be forgotten!’ This would normally be a terrible business model, but our fans are smart enough to get it and encourage our dumb behavior.

What else will you guys use the space for? Art shows? Pop-ups? Stuff like that?

We love exhibition and bringing people together more than anything, and since this is our very first storefront space (that also acts as our studio/video archive), we hope it can be a combination of all those wonderful things. It’s been amazing to see everyone in the collective contribute to the space for this event, and it’s clear that it’ll be less of a traditional ‘store’ and more of a giant art piece.

Totally! We’ll have copies of our latest film, The Great Satan available on VHS with INCREDIBLE cover art by Jess Johnson, aka @flesh_dozer, as well as a very limited run of tapes titled ‘The Part In The Neverending Story Where Artax Dies On Loop For Three-And-A-Half Hours. It’s exactly what it sounds like. In case you’re asking if any tapes from our private collection are for sale, the answer is nope. And in case you’re asking if copies of Jerry Maguire are for sale, the answer is fuck you (sorry not sorry).

How many Jerrys are on the premises?

While a great deal of the collection (currently at 26k+) is in storage- we have a beautiful wall of roughly 500 Jerrys folks can pose with, plus a ‘life-sized’ Jerry so big and beautiful we promise it will leave you speechless. And if not speechless you’ll at least say to yourself, ‘Wow, that’s a really big VHS tape of Jerry Maguire.’ Either way it’s the most beautiful and unnecessary thing to possibly ever exist.

You guys still planning the Jerry pyramid in the desert?

Short answer is yes. Long answer is we really wish a rich person would swoop down and turn this dream into a reality. If only we had more money or more patience this wouldn’t be much of an issue, but here we are. But again, yes! It’s happening!

RELATED: Everything Is Terrible Is Saving the VHS Tape

A Racist Promposal at an East L.A. High School Is Part of a Gross Trend