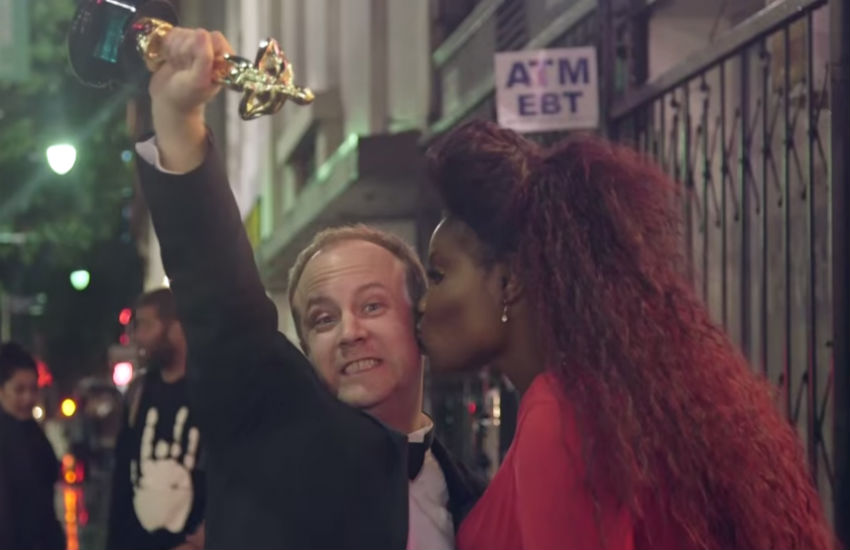 Winning an Oscar opens a lot of doors for you—even if it’s a fake Oscar you just awarded yourself. Last Sunday, as the Oscars ceremony was wrapping up at the Dolby Theatre, comedian and improviser Mark David Christenson took to the streets of Hollywood sporting a tux and a fake Oscar statue with nothing other than a photoshopped image of himself at the Oscars to prove that he had in fact won it. The result is pretty amazing. Christenson scores a free movie ticket at ArcLight when he presents his Oscar. He’s also treated to a free bottle of Gatorade and a pack of condoms at a convenience store, access to the heavily guarded area around the Dolby, free food and drink at a restaurant, a swanky after party at the Roosevelt, and finally a white BMW.

People’s response on the street is heartwarming. As Christenson, whose video was produced by NewMediaRockstars, says at the end: “Tons of people were overjoyed to meet someone who had won an Oscar. Most Oscar winners tonight are completely removed from the people watching the event. There are people who now think anything is achievable because it’s in their world.”