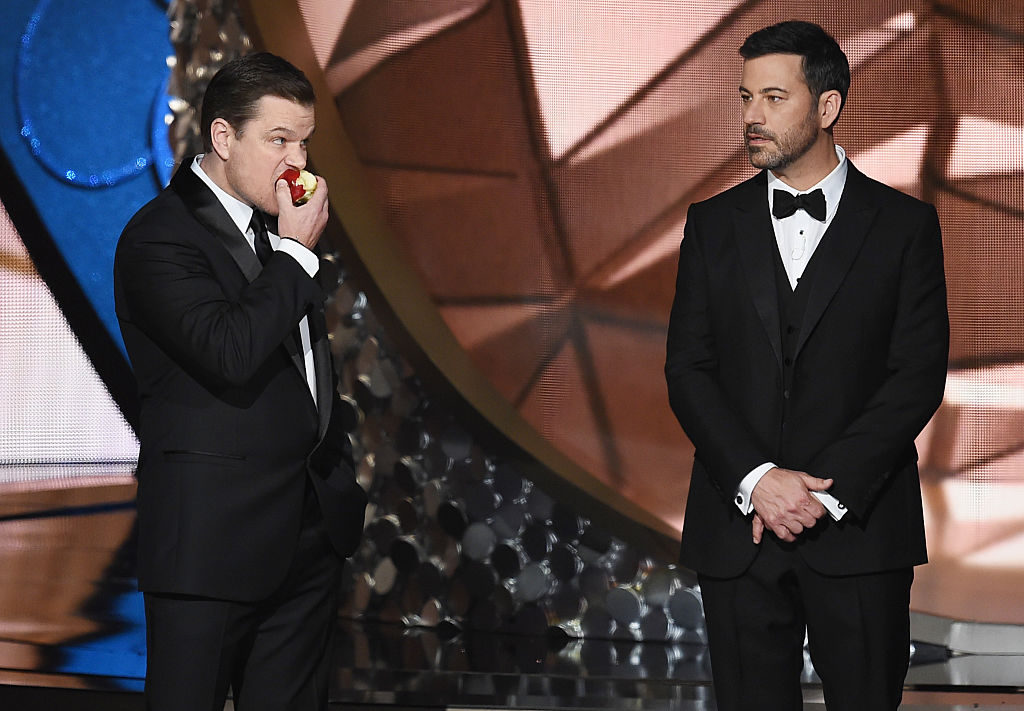 For a while it seemed like awards show hosts were going the way of the buffalo, but this year the Emmys are bucking the trend with a little help from Jimmy Kimmel.

This 2020 Emmys—which are, in fact, taking place in September—will be the comedian’s third time hosting TV’s big night. Kimmel also hosted the Oscars in 2017 and 2018, when that show still invited hosts to the party.

Why did the Television Academy decide to resuscitate the hosted awards show? Perhaps to lend a sense of normalcy to the proceedings. Right now, producers are considering either an all-virtual, socially distance format or a combo of in-person and virtual formats when the show airs on September 20. Unlike the Oscars, the Emmys aren’t changing dates or pushing back since TV schedules weren’t disrupted by the pandemic like film releases were. In fact, TV ratings went up as many Americans hunkered down at home for the better part of three months.

Does this mean other awards shows will follow suit with hosts front and center? Well, Tina Fey and Amy Poehler, who’ve hosted the Golden Globes twice, are already signed on host the 2021 show, despite swearing they’d never do another one. But given the likelihood the Globes will be pushed back to March or April, who knows. But since social distancing is now built into the awards show system, it’s hard to imagine the proceedings without a master of ceremonies.

Different times call for different measures. Maybe the Emmys will end up looking like the SNL—a host at home and a whole lotta Zoom.

RELATED: The Oscars Have Officially Been Postponed Until Late April