Home Awards Watch The Emmys Are Finally Worth Paying Attention To 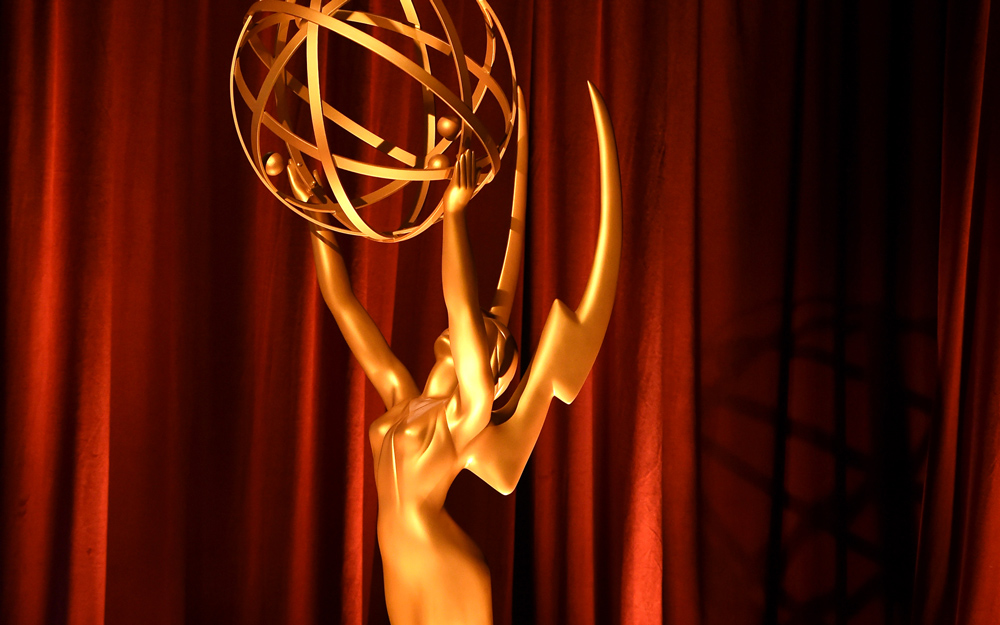 The Emmys have always been one more awards show, like the Tonys and the Grammys, I don’t pay attention to. I don’t follow theater closely enough for the Tonys to mean much to me—I hear this Hamilton thing isn’t bad—and I stopped monitoring the Grammys the year that Glen Campbell’s By the Time I Get to Phoenix beat Electric Ladyland, Astral Weeks, and the “White Album” (none of which was nominated) for Best LP. In that same year, on the other hand, when Oliver! won Best Picture over Bullitt, Once Upon a Time in the West, and 2001: A Space Odyssey (none of which was nominated), it didn’t stop me from continuing to watch the Oscars religiously. Steeped as they are in Hollywood lore, the Academy Awards attract me irrationally, whereas the Emmys, with so many categories subdividing like amoebas, lack not only the highly specious moral authority of the movie prizes but their streamlined elegance.

Besides, awards for television? Whole decades of my life  I went without watching TV at  all—can a credential for writing about a medium be more  irresistible than the fact I have  no respect for it?—when staring into the dark, lost in my  thoughts, seemed a better  waste of time. But here’s the thing: I’m old, as my children remind me without having to say a word, and even I know my thinking is a quarter of a century outdated. The contention that this is a golden age of television has been repeated so often as to have become the cliché that now, like most clichés, is reflexively questioned, people scratching at the gold for the lead beneath. Also like most clichés, this one has its share of truth, and notwithstanding conspicuous exceptions like indies Spotlight, Room, and Brooklyn, or for that matter blockbusters like The Martian, Inside Out, and Deadpool, movies aren’t written anymore, while TV is; a byproduct of this is that where good writing is, you’ll typically find good actors who want to interact with words rather than a green screen. I’ll be watching the Emmys this year (airing Sunday, September 18 on ABC at 4 p.m. PST) because lately TV has fairly exploded with so much splendid acting, I could fill up the rest of this article with examples.

RELATED: An Abridged History of the Emmys

Instead I’ll settle for a paragraph. In Better Call Saul, Bob Odenkirk and Jonathan Banks continued the stellar work they did earlier in Breaking Bad. Kirsten Dunst and Jean Smart were riveting if sometimes screw-loose matriarchs over weak or stupid men in Fargo. Bobby Cannavale powered the erratic Vinyl past its defects, if not ultimately enough to save the show. Robin Wright surpassed costar Kevin Spacey to make House of Cards her show in its fourth season. An impressively intense set of adversaries included Hugh Laurie and Tom Hiddleston in The Night Manager, Paul Giamatti and Damian Lewis in Billions, and Lena Headey and Peter Dinklage in Game of Thrones (perennially overrated, although the last two episodes of this past season were series highlights). Speaking of perennials, there were Julianna Margulies in The Good Wife, Uzo Aduba in Orange Is the New Black, Viola Davis in How to Get Away with Murder, and Taraji P. Henson in Empire. Famous people received portrayals worthy of them with Audra McDonald’s Billie Holiday in Lady Day at Emerson’s Bar & Grill, Kerry Washington’s Anita Hill in Confirmation, and Bryan Cranston’s Lyndon Johnson in All the Way. For another year Jeffrey Tambor was measurably and routinely better than his show, Transparent, and the measurably and routinely astonishing Tatiana Maslany has been TV’s tour de force actress of the decade in a show, Orphan Black, that can’t begin to keep up with how great she is. The cast of Veep redeemed political operatives without a single redeeming quality among them in a Julia Louis-Dreyfus White House. Rami Malek was one of the very best things in last year’s very best series, Mr. Robot. And we haven’t named the best cast of all, with the year’s best performance.

After a 20-plus-year career under the radar as a face you know but can’t name in TV shows like American Horror Story and Oscar movies like 12 Years a Slave, and after she’s dashed the gauntlet of typical female roles such as bombshells and victims and bat-guano-crazy neurotics, sidestepping most of them, Sarah Paulson is having her moment. Even if you lived through the real-life event it’s based on, The People v. O.J. Simpson is almost disconcertingly gripping, with Paulson playing Los Angeles prosecutor Marcia Clark, who was as familiar two decades ago as a presidential candidate and rendered by the headlines as much a caricature, the public expressing equal parts fascination and antipathy. Like everything else about the so-called trial of the century—with a football superstar’s alleged murder of his wife one more ’90s racial flash point between African Americans and the LAPD—media attention to Clark was unhinged in its endless focus on her hair, her clothes, and whether she was “hot” (a debate stoked by a sleazeball ex who sold photos of her topless). Paulson’s Clark is neither the ambitious barracuda of pop culture renown nor the high-profile incompetent that cheap-seat bystanders like Vincent Bugliosi pegged her for; outflanked by a phalanx of blue-chip defense attorneys she knows are out of her league, she perseveres anyway as life falls apart around her, the conspiracy of personal and professional catastrophes sufficiently relentless that you wonder how she gets out of bed in the morning. The series is so superbly acted—most particularly by Courtney B. Vance as flamboyant defending lawyer Johnnie Cochran, Sterling K. Brown as Clark’s complex and seething co-counsel Chris Darden, and yes, David Schwimmer as Simpson’s tortured friend Robert Kardashian (gamely trying to instruct his young daughters that life isn’t shallow, with teenage Kim already appearing dubious)—that only by the end do we realize Clark was the flawed hero all along.

RELATED: The Creators of The People v. O.J. Simpson on Turning the “Trial of the Century” into a Ten Hour Miniseries

If Paulson’s apex coincides with what’s been the Death Valley of most actresses’ livelihood—her forties—then her dominance, not by flash or flesh but grit and chops, signifies in an otherwise indomitable year something else golden about current television. I don’t have to tally the number of women who hold their own against the guys, recalling a golden movie age when Bette Davis, Barbara Stanwyck, Ingrid Bergman, Elizabeth Taylor, and Katharine Hepburn obtained top billing and earned it, because women drove and defined the audience for movies as they do for TV now. The he-man in me resists such reductiveness, but a pretty inescapable conclusion is that where the female audience goes, so goes the luster of dramas in which blowups are between written characters in written stories rather than between conceptualized machines in barely storyboarded superhero spectacles. Before we get carried away by all this enlightenment, of course, we might suggest that a little more female power behind the camera, from which women remain disgracefully excluded, wouldn’t exactly set testosterone back a thousand years. Meanwhile I’m ready to check out the Emmys for the first time. If Paulson doesn’t win, it may be the last.

→ The 68th Emmy Awards air live from the Microsoft Theater at 4 p.m. PST on Sunday, September 18. Watch them on ABC.