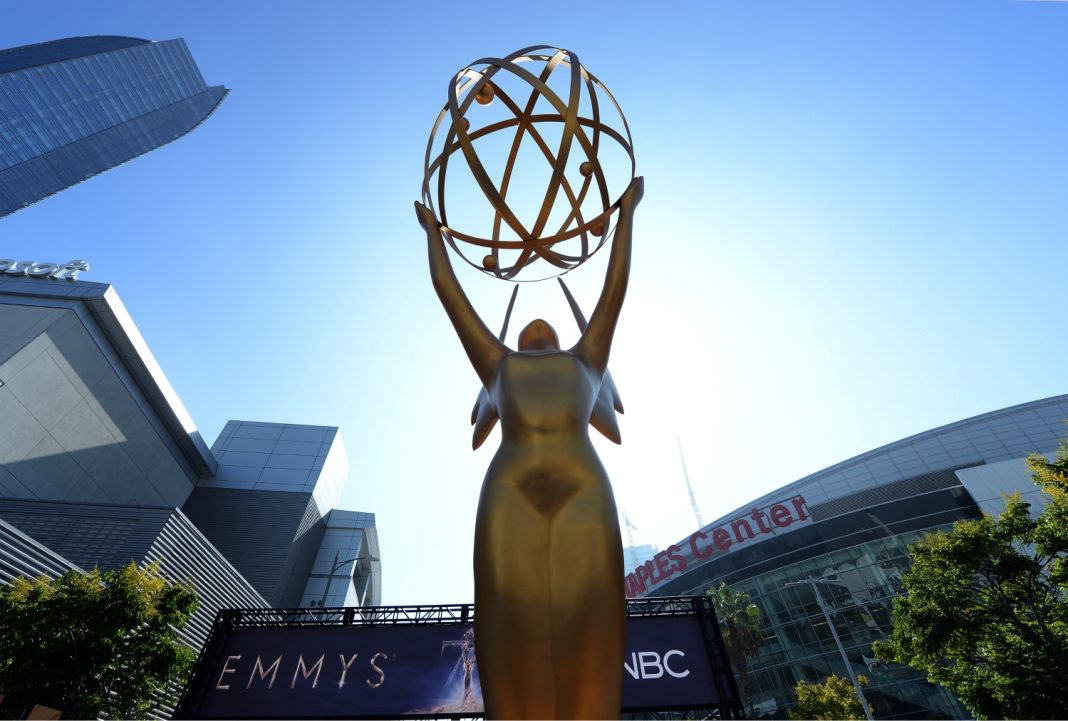 Their names are still a secret, but in early June, “several” members of the Academy of Television Arts & Sciences were reportedly disqualified from submitting Emmy ballots. Their transgression, a violation of Television Academy rules, was that the actors in question were advocating for “block voting,” or agreeing as a group to vote for certain candidates in order to help friends, colleagues, and employers win prestigious Primetime Emmy awards.

“This is a direct violation of our rules of competition and our member code of conduct,” Television Academy chairman and CEO Frank Scherma said in a statement. “This type of activity will not be tolerated.” A disciplinary committee will ultimately decide whether to revoke the memberships of the offending actors.

The scandal is a sign of the times. Many in Hollywood are feeling desperate to be noticed amid a tsunami of content that’s making it harder than ever for any one show to stand out, no matter the size of its Emmy campaign.

The campaigning itself has mushroomed. Today it may include not just parties and screeners, but also elaborate events that start with star-studded screenings and may include exhibits of props and fashion, along with Q&A sessions, followed by elaborate gourmet meals and often a gift to take home, such as a Marvelous Mrs. Maisel lipstick from Amazon.

The number of events promoting Emmy candidates is up 40 percent in one year, Maury McIntyre, president and COO of the Television Academy, told the L.A. Times.

The size of the challenge was obvious to Emmy voters earlier in June, when they received their ballots. There are 732 programs listed, including 165 contenders for Outstanding Drama Series, 108 for Outstanding Comedy Series, 107 for Outstanding Variety Special (pre-recorded), and dozens more in a mind-boggling number of categories. On top of that, over 2,300 actors were submitted—or submitted themselves—for Emmy consideration.

“The piles of DVDs that show up on your doorstep for screeners are overwhelming,” an anonymous Emmy voter from the executive branch told IndieWire. “The amount of FYC [for your consideration] events [is] overwhelming. And then when you finally get the ballot, you realize that you can’t watch every show and make an educated guess.”

In the digital age, there are so many categories and nominees, that in 2016, the Television Academy expanded from two events to three. There are now two nights of “creative arts” awards, which air on FXX, as well as the Emmy ceremony, which takes place on September 22 and airs on Fox.

Companies are being pressured to spend big bucks. Showrunners want to see pricey campaigns, or they feel they are being treated unfairly, which can affect business relationships. There’s also a problem that echoes what the Oscars have been experiencing of late. Netflix, Amazon, and other streamers seek awards to promote subscriber loyalty; as such, they spend a lot more than traditional companies to get desperately needed validation for their shows.

Then there’s the issue of enforcing voting rules. The Television Academy is sketchy about how it enforces the rules, or even how the latest violations requiring disqualification of some voters came about. What it has said in a terse statement: “We will continue to be diligent in our efforts to ensure the fairness of this competition, In addition to our own rigorous safeguards, our independent auditors at EY monitor Emmy voting for potential improprieties.”

EY is the accounting firm, Ernst and Young, which calculates the votes. It’s unclear how they monitor improper activity, by hand or computer programming. It’s a secret, but it’s obviously difficult. For instance, if most people who work at a studio, say Warner or Universal or CBS or Disney, vote for a show produced by that company, does that constitute a violation or does it simply signal that the voters are proud of their company’s output?

“The Academy has a huge problem because the industry is nearing a saturation point,” says a veteran TV publicist. “It’s not just dramas and comedies. There are documentaries, reality shows, limited series, made-for-TV movies and more, all vying for attention as well.”

“Stopping block voting, if that is possible, isn’t really an answer,” adds the exec. “It is a stop gap, a thumb in the dike, when the we all know the flood of the century is still coming.”

RELATED: Netflix Wants a Best Picture Oscar and It’s Pulling Out All the Stops to Get One