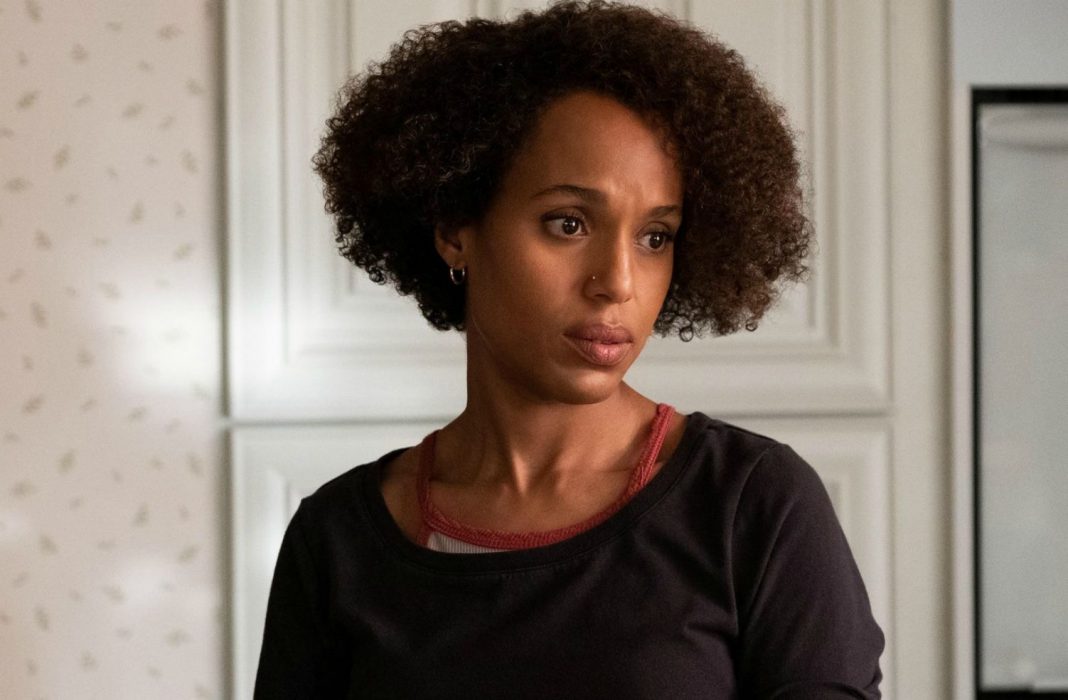 For everyone who’s binged their way through the pandemic, the Emmy nominations are a welcome distraction from a depressing daily news cycle, but many of the nominees are besides themselves at the moment. Here’s a roundup of their reactions.

“I’m grateful for the continued love for all corners of our Maisel family. I wish so much that we could be together to celebrate today but this (and some Zoom cocktails) will certainly hold us over until we can get the band back together. The company we get to keep across these categories is insane. Thank you to the TV Academy!”

Grateful doesn’t begin to cover it. I am so proud to be a part of this talented family. And the company we get to keep in these categories is bananas. Thank you @TelevisionAcad for the wind in our sails until we can squeeze each other in person. ✨ pic.twitter.com/BbtE1HSQX7

Kerry Washington, four Emmy nominations, including Outstanding Lead Actress in a Limited Series or Movie for Little Fires Everywhere, which was produced by her production company Simpson Street:

“To be recognized in this way this morning is such an honor—but to be able to share it with my partner Pilar Savone and our Simpson Street family makes it even more meaningful. The experiences we’ve been able to have this year were beyond our wildest dreams: working with the legendary Norman Lear and Jimmy Kimmel to bring iconic shows from the ’70s to new audiences with Live in Front of a Studio Audience, to adapting American Son, a Broadway play about Black lives and police violence to Netflix, to bringing Celeste Ng’s beautiful novel Little Fires Everywhere to life with my incredible friends Reese Witherspoon, Lauren Neustadter and Liz Tigelar. But the tears came this morning when I heard about Lynn Shelton’s nomination for Little Fires Everywhere. I’m so incredibly grateful that the Television Academy has chosen to honor Lynn with this very deserved nomination. I know she’s celebrating in the beyond.”

Michael Douglas, Outstanding Lead Actor in a Comedy Series for The Kominsky Method:

“There’s not a lot of good news these days, so I was honored to receive the nomination from my fellow academy members. An opportunity to acknowledge the wonderful writing of Chuck Lorre and Al Higgins; a spectacular cast led by Alan Arkin, who makes me look good, and the strong support of Netflix. Thank you all!”

Alan Arkin, Outstanding Supporting Actor in a Comedy Series for The Kominsky Method:

“THIS IS THE BEST NEWS I’VE HAD SINCE GETTING LOCKED UP IN THE HOUSE FIVE MONTHS AGO.”

“I am thrilled to receive an Emmy nomination. Margaret was a gift of a part and was a dream job. This is icing on the most full fat delicious cake I’ve ever eaten. Also given these past few months, I have become ever more grateful to my television.  It has been my window to the world. And I’m so thankful to the parts that television are now offering to women. We all know middle age is when we get interesting and it’s so great that stories are being made where we are invited to lead rather than retire to being the mother or grandmother in the background ….women of all ages and colors have never had it better  Thank you Telly!”

Christina Applegate, Outstanding Lead Actress in a Comedy Series for Dead to Me:

“I’m so proud of my wonderful friends Linda Cardellini and Liz Feldman and the entire cast and crew of Dead to Me. These are strange times. Sad times. But it’s nice to have some good news. Much love.”

I’m so proud of my wonderful friends @lindacardellini and @thelizfeldman and the entire cast and crew of @deadtome These are strange times. Sad times. But it’s nice to have some good news. Much love

“This morning has been the most incredible surprise. We are overwhelmed and filled with gratitude for this recognition. Unfathomably proud of our little show.”

“Thank you!!! I am very honored to be in the company of such gifted women, who have helped us all get through this screen centered moment in time!”

“I was absolutely stunned! What an honor it is to be nominated again! I couldn’t be more thrilled! Thank you to the Television Academy for recognizing me and to Ryan Murphy and my Hollywood family.”

“It’s a great honor to be nominated along with my fellow cast members Stephan and Jasmine. Given the current focus on police reform in our country, I find #FreeRayshawn to be very timely and thought provoking. It is both an entertaining and important film and my gratitude goes out to Antoine Fuqua , Seith Mann and the team at Quibi for supporting it from start to finish.”

“It’s hard to put into words how much this means to me. Being recognized at this level in the company of so many giants is an indescribable honor. It is something I have hoped for, impossibly, my whole life. The bar is so high on television right now – there is so much genuine and brilliant work, so much fellow talent that I am in awe of – that I feel humbled and proud to be able to contribute a single sound to this great symphony of my peers. Congratulations to the whole Succession family.”