Home Crime Emily Ratajkowski Has a Message for Harvey Weinstein 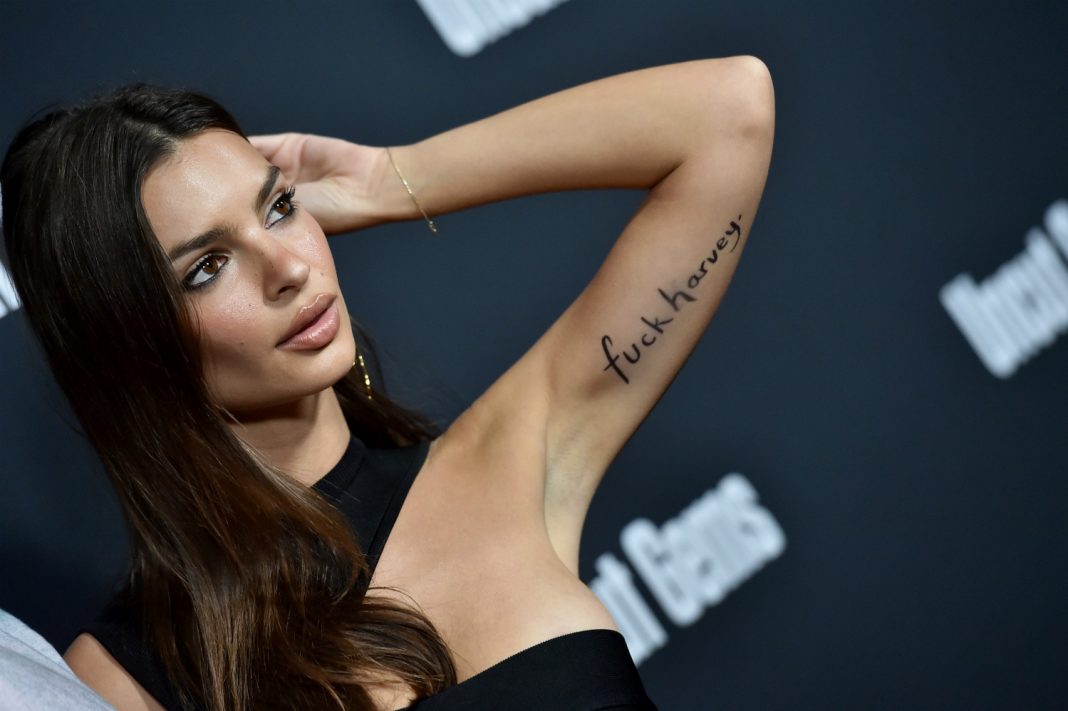 In case anyone wondered who the message was for, Ratajkowski, whose husband Sebastian Bear-McClard produced Gems, took to Twitter to express her disgust with a proposed $25 million settlement between accused serial sex abuser Harvey Weinstein and a group of his alleged victims that would be paid out by insurance and not Weinstein himself.

“Today Harvey Weinstein and his former studio made a $25 million deal with his victims,” she wrote. “Weinstein, accused of offenses ranging from sexual harassment to rape, won’t have to admit wrongdoing or pay his own money. #nojusticenopeace.”

Today Harvey Weinstein and his former studio made a $25 million deal with his victims. Weinstein, accused of offenses ranging from sexual harassment to rape, won't have to admit wrongdoing or pay his own money. #nojusticenopeace pic.twitter.com/eKUIdfBGul

Her feelings toward Weinstein are expressed more starkly in another post: “So this is what justice looks like in America? #burninhellharvey”

So this is what justice looks like in America? #burninhellharvey pic.twitter.com/Ow0IDOUNgh

Ratajkowski isn’t the only one who thinks Weinstein—whose bail in a Manhattan sex crimes trial where faces a possible life sentence was just raised from $1 million to $5 million over allegations he has tampered with his ankle monitor—is getting off easy.

While it’s not known how many of Weinstein’s alleged victims will take the payout, at least four have rejected the overall $47 million settlement, more than $12 million of which would cover legal fees for Weinstein and his former associates.

Thomas Giuffra, a lawyer for television producer Alexandra Canosa, who accused Weinstein of raping, threatening, and sexually abusing her on multiple occasions over the course of two years, said in a statement:

“The most troubling aspect of this settlement is a punitive provision designed to force victims to settle. Shockingly, any funds that would have been allocated to claims from the settlement fund for non-settling claimants would be turned over to Harvey and Robert Weinstein to defend against their claims in court.”

Calling the $12 million in legal fees “shameful,” an attorney for Weinstein accuser Wendil David said, “We reject the notion that this was the best settlement that could have been achieved on behalf of the victims.”

The proposed settlement still has to be approved by a bankruptcy court in Delaware and a federal judge in New York before it can move forward.