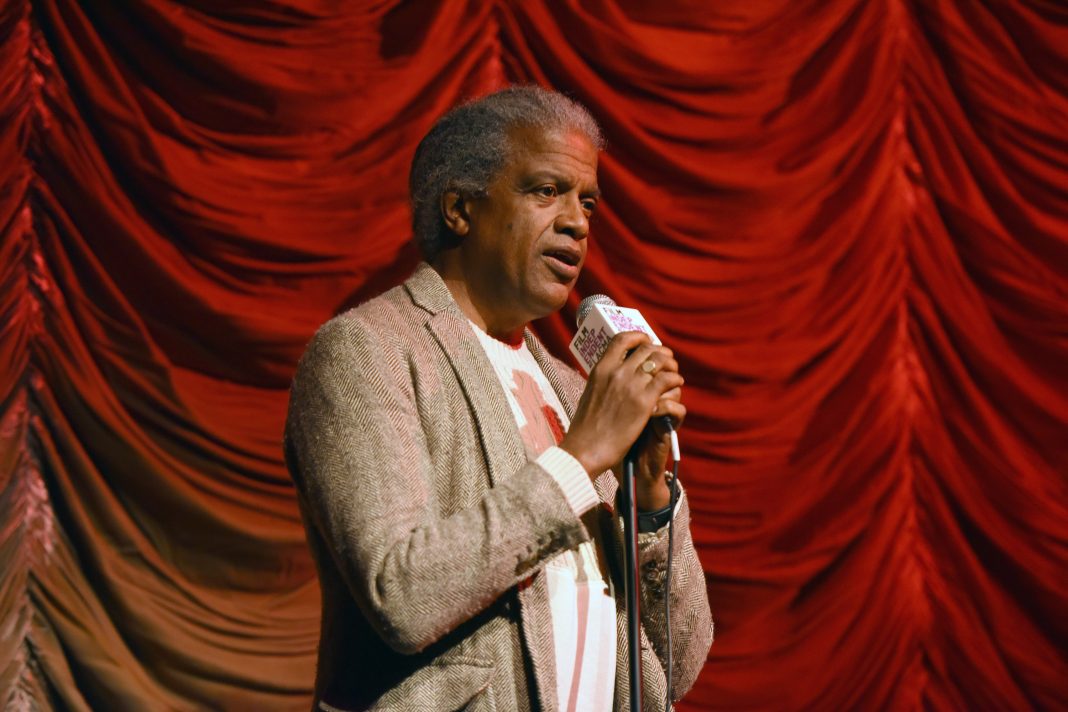 The official Oscars pre-show has a new cast of hosts for 2020. Joining the team is one face–or, at least, voice–that will be familiar to Angelenos: Elvis Mitchell, the respected film critic and, for 24 years, host of The Treatment on KCRW.

While a public radio film critic might seem like a slightly unusual choice for red carpet coverage, this won’t be Mitchell’s first time in front of the cameras. He recently hosted a television series for the Epix network, Elvis Goes There, where he traveled with famous filmmakers to the places that inspired their creative work, and in the ’90s, he appeared on the PBS series Edge. And he already has relationships with many of the key people who will be arriving at Sunday’s show; he’s interviewed Cynthia Erivo, Noah Baumbach, and other big names on The Treatment.

Throughout his career, Mitchell has been a passionate advocate for diversity in Hollywood. In 2008, he collaborated with Timothy Greenfield-Sanders on The Black List, a NAACP Image Award-winning documentary about race and culture, featuring Toni Morrison, Kareem Abdul-Jabbar, Chris Rock, and other luminaries. Harvard University, where he serves as a visiting lecturer in African American Studies, invited him to deliver the prestigious Alain Locke Lectures on African American Culture.

Adding Mitchell to the official red carpet team could be a signal that ABC, which carries the pre-show, and the Academy are responding to criticisms that awards show interviews often focus exclusively on wardrobe and appearance, particularly for women. Campaigns like the #AskHerMore project have pushed for reporters to use the opportunity to speak to celebs in front of eager audiences to ask about their work, political agendas, and other passions, rather than simply fixate on gowns and jewels.

Fashion fans will still get their fill. Joining Mitchell to chat with the stars will be talk show host Tamron Hall, model Lily Aldridge, and the ultimate red carpet fashion maven himself, Billy Porter. Ryan Seacrest will come on for the last portion of the ABC red carpet coverage, after performing host duties for E! earlier in the night.

RELATED: The 2020 Oscars Will Not Have a Host