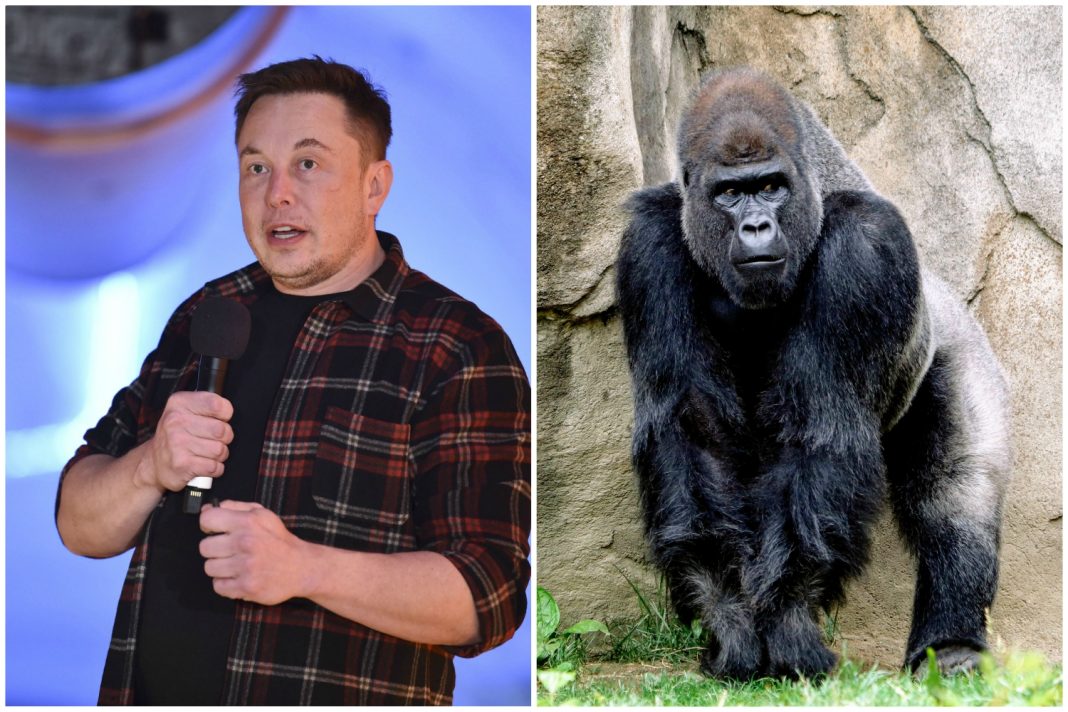 The year is 2019 and the billionaire Silicon Valley investor who builds fancy electric cars and sends stuff into space has enough spare time to drop a rap single about Harambe, the tragically killed, meme-ified gorilla. The nearly two-minute track released under the name Emo G has already garnered 1.27 million listens and over two thousand comments.

“This gives me cancer,” writes Gobbledywa on Soundcloud.

“This is gentrification,” posted another user, kittykuji.

The entrepreneur is no stranger to controversial PR stunts. In an interview on the Joe Rogan Experience podcast, the stable tech genius lit up a joint and toked on the podcast’s live broadcast. This led to a remarkable press conference in which NASA Administrator Jim Bridenstine publicly censured Musk and reassured the public that Musk’s chill vibes wouldn’t get any astronauts killed as a part of NASA’s partnership with SpaceX.

The track opens with a simple marimba line and Musk’s voice first stirs the air in a breathless, Autotuned whisper before the beat stalls and then drops. Then he spends the next minute and a half channeling his best T-Pain circa the late ’00s.

“RIP Harambe / Sippin’ on some Bombay / On our way to heaven / Amen / Amen,” he sings (although the voice could literally be anyone’s).

Yesterday, Musk tweeted a link to a Rolling Stone article about the track, saying, “Making the Onion articles real…” referring to the Chicago-based satire site Musk has called “the greatest publication in the history of all conscious beings, living or dead.” When Musk attempted to buy the site last year, they responded by publishing a series articles about him, including one titled, “Elon Musk Offering $1.2 Billion in Grants to Any Project That Promises to Make Him Feel Complete.”

So, like the most effective trolls, Musk has made a banal and inflammatory gesture that has excited his fans and aggravated his detractors. In either case, the end result is that we talk about him.