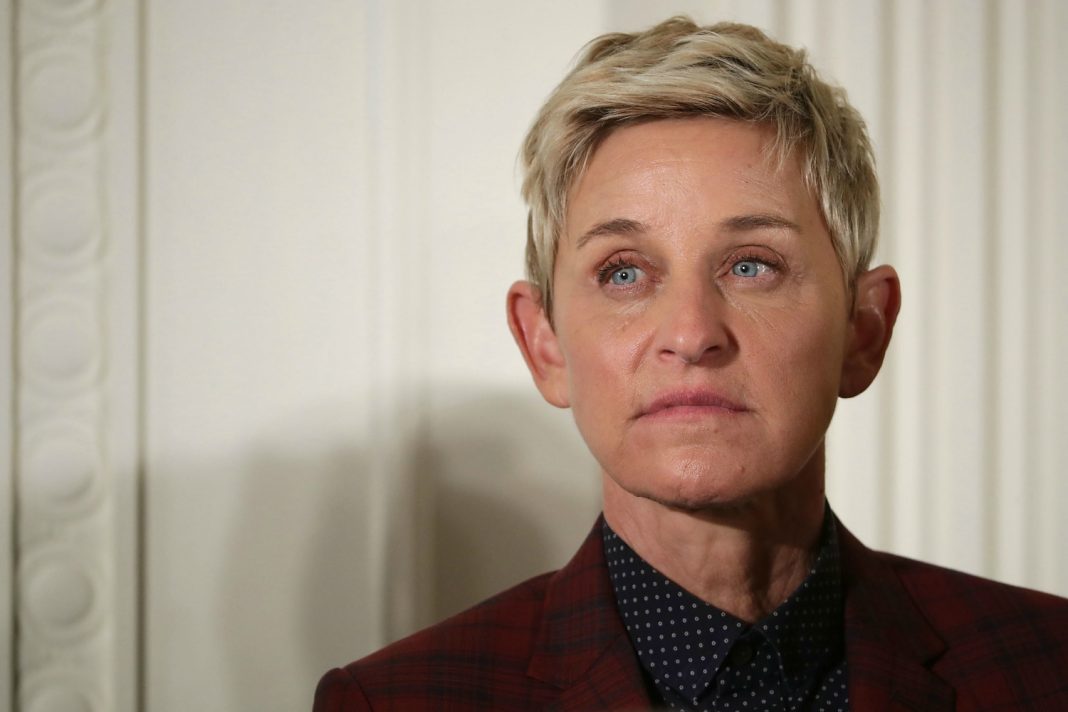 As reports swirled that DeGeneres had fostered a “toxic” on-set environment, a BuzzFeed News story published in late July detailed accusations that both Leman and Glavin engaged in inappropriate touching of staffers, and that Norman “groomed” an employee and attempted to perform oral sex on the man. Leman and Norman have denied the allegations against them; Glavin has not publicly addressed them.

DeGeneres reportedly held a video conference with staff, telling them, “I’m a multi-layered person, and I try to be the best person I can be and I try to learn from my mistakes…I’m hearing that some people felt that I wasn’t kind or too short with them, or too impatient. I apologize to anybody if I’ve hurt your feelings in any way.”

JULY 31, 2020 — In recent weeks, current and former Ellen DeGeneres Show staffers have come forward with a cascade of accusations about what they say it’s like behind the scenes at the popular afternoon talk show. The latest reports involve a large group of employees who told Buzzfeed they were subjected to an environment where sexual misconduct “runs rampant.”

These new allegations primarily focus on executive producer and head writer Kevin Leman and on executive producer Ed Glavin. Leman is accused of behavior including groping, kissing, touching, asking a staffer to “give him a hand job or perform oral sex in a bathroom,” and frequently making sexually inappropriate comments and jokes in front of employees.

According to staffers who spoke BuzzFeed, Glavin is said to have a “reputation for being handsy with women,” including inappropriate touching, particularly while women were at work in the show’s control room.

One former staffer described the show as having a “culture of fear” that kept women from escalating complains about his behavior. Glavin is alleged to have “led with intimidation,” which staffers say included screaming and flipping office furniture when he became upset.

The complaints come from people who have worked on Ellen’s show at every level, from production assistants to senior staff, all of whom corroborated the allegations. Buzzfeed reports speaking to 36 individuals who corroborated accounts of misconduct by Leman and 47 who spoke about Glavin. An additional accusation of misconduct was also raised by one employee against a third executive producer on the show, Jonathan Norman.

While Glavin did not respond to Buzzfeed’s requests for comments, Variety reports that he is expect to leave the show. Norman and Leman both deny the allegations.

“I have always aimed to treat everyone on the staff with kindness, inclusivity and respect,” Leman told the site. “In my whole time on the show, to my knowledge, I’ve never had a single HR or interpersonal complaint made about me, and I am devastated beyond belief that this kind of malicious and misleading article could be published.”

The staffers claim that they lacked confidential ways to bring HR complaints, and that when issues were raised, the show’s production company, Warner Bros. failed to fully pursue complaints that might endanger their profitable daytime juggernaut.

Warner Bros. confirmed to Buzzfeed that an internal investigation is underway at The Ellen DeGeneres Show, but declined to comment more specifically on the sexual misconduct allegations.

“The Ellen DeGeneres Show is, and has always strived to be, a place that brings positivity to the world. And though not all of the allegations were corroborated, we are disappointed that the primary findings of the investigation indicated some deficiencies related to the show’s day-to-day management,” Warner Bros. wrote in a statement to Buzzfeed. “We have identified several staffing changes, along with appropriate measures to address the issues that have been raised, and are taking the first steps to implement them.”

It is unclear to what extent DeGeneres herself would have been personally aware of the producers’ alleged behavior. Some claim that there were active efforts to hide much of the backstage reality from the show’s host; others say if she was unaware of the alleged behavior, her ignorance was willful.

Degeneres sent a letter to staff on Thursday apologizing for any wrongdoing. “Anyone who knows me knows it’s the opposite of what I believe and what I hoped for our show,” the letter read. “My name is on the show and everything we do and I take responsibility for that.”

The letter went on to claim that DeGeneres has become aware that “people who work with me and for me are speaking on my behalf and misrepresenting who I am and that has to stop.”

A variety of alarms have been raised about The Ellen DeGeneres Show in recent months. These misconduct allegations follow staff criticizing how management handled shifting the production to accommodate the pandemic, leaving many abruptly out of work, and complaints of racism and a toxic workplace culture.

DeGeneres herself, long the subject of the Hollywood rumor mill, has also been accused of personal behavior toward staff and others that has been described as “mean,” “rude,” and “cold.”

RELATED: Here Are the Dishes Angelenos Have Been Ordering Most During the Pandemic