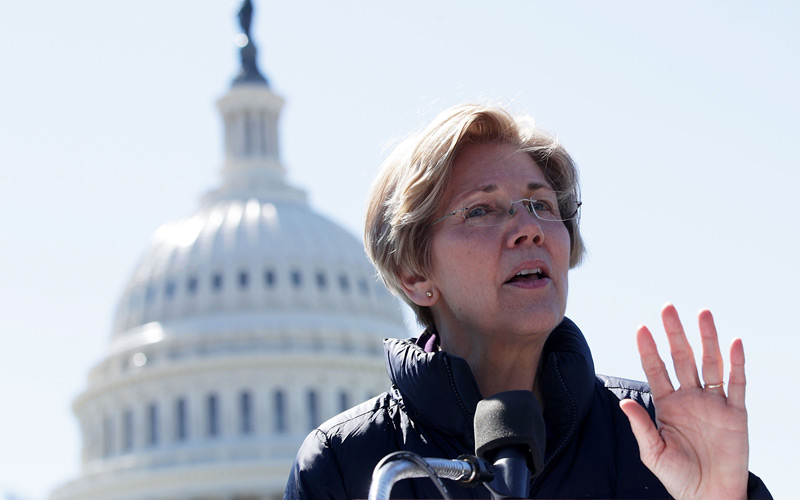 UPDATE 4/20: A rep from the theater just told us a second reading has been added, and tickets are available.

UPDATE 3/29: According to the Alex Theatre website, the event is now sold out. A rep from Glendale Arts told us the event sold out with zero publicity. (This article went live just before the sellout was announced.) Glendale Arts has proposed adding a second event, but whether it comes to fruition remains to be seen.

Sen. Elizabeth Warren (D-The Resistance) is coming to the Alex Theatre in Glendale on April 29. The Massachusetts senator will be discussing her book This Fight is Our Fight. The book is probably a very nice book. It no doubt beautifully combines her personal story, dispenses highlights from her public life, and is a rallying cry for the middle class. The book is not what this is really about. Warren is one of the few Democrats with a nationwide profile, and she is considered a potential challenger to President Trump in 2020. If Angelenos want to kick the tires on someone who could be the Dem nominee in 2020, this is their chance to do so.

Tickets are $35 and include a pre-signed copy of the book. The event is presented by the Alex Theatre, Skylight Books, and Glendale Arts. Event and ticket info here.

RELATED: The 25 Must-Follow Twitter Accounts for the Anti-Trump Resistance