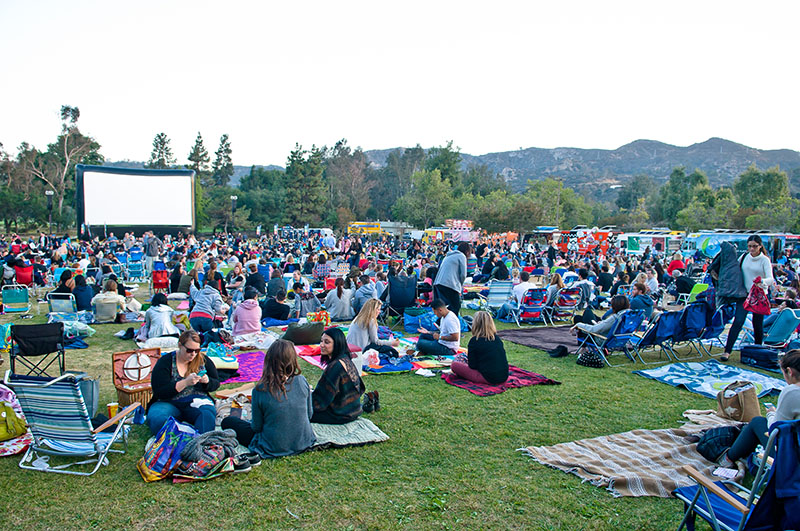 Summer in L.A. just isn’t complete without an outdoor movie screening and picnic. Luckily Eat|See|Hear just announced its schedule, so we can start planning. The lineup includes classics like Mean Girls, Pulp Fiction, Harry Potter, and an exclusive of the live concert-film, Depeche Mode: 101, at the Rose Bowl Stadium, where the movie was filmed.

Additionally, people who chose to bring their pups will be treated to free dog biscuits and water bowls. The event marks its 5th year with Best Friends Animal Society as an official nonprofit partner. This partnership has seen $30,000 donations and more than 50 animals have found permanent homes.

The series runs from May 6 to Sept 16. For more information visit eatseehear.com.

May 27 – Pulp Fiction, The Autry Museum

July 15 – The Sandlot, The Autry Museum