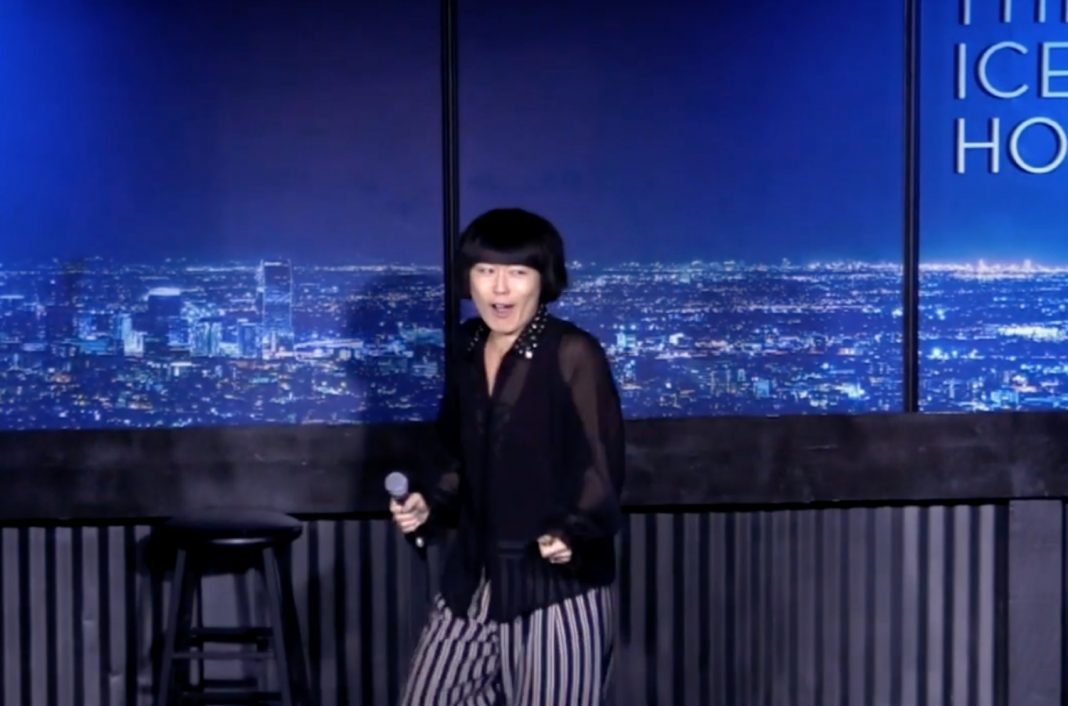 You have to be able to think on your toes to be a stand-up comedian. This is doubly true in California, where a 7.1 magnitude earthquake could strike during your set.

The earth’s crust played the ultimate heckler during comedian and podcast host Atsuko Okatsuka‘s July 5 set at the Ice House in Pasadena. In footage posted to social media over the weekend, Okatsuka takes the stage seconds before that evening’s earthquake rocked Southern California (and Nevada and Arizona, apparently).

She jokes, “I thought I was making that happen…you know what it feels like to come up dancing and then everybody’s like, ‘STOP IT, YOU’RE SHAKING THE EARTH.”

The July 5 earthquake was the second to strike on a faultline northeast of Ridgecrest, California, in a two day period. Initially, no deaths were reported, but as of last week, police in Nevada were investigating whether the earthquake resulted in the death of a man found pinned under a vehicle that has been jacked up when the quake struck.

RELATED: Dr. Lucy Jones on Preparing for a Catastrophic Earthquake