Home Uncategorized Breaking: We Have No Idea When The Next Earthquake Will Hit 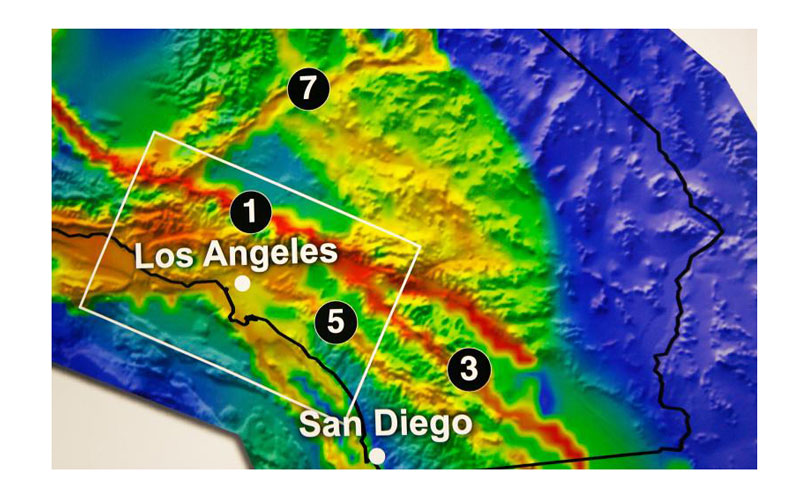 The recent earthquake advisory for Los Angeles and surrounding counties has reminded us of a thing we all try not to think about – that one of these days the ground is going to shake violently and our surroundings will become unpredictable, and we won’t know what’s going to happen next in the next moment.

The California Office of Emergency Services has issued an earthquake advisory warning after a swarm of 200 temblors ripped across the Salton Sea. Officials are concerned that these small quakes could be building up stress along the San Andreas Fault, which is overdue for a large earthquake. The advisory ends on Tuesday, October 4.

News of the advisory was frightening on its face (hey, what’s up mortality?), but it was also, in an odd and unexpected way, comforting.

We want to live in a movie where some crusty, overworked seismologist sees the signal in the noise and saves the day, because the alternative – that no one has a clue when our buildings are going to crumble and our lives will be in peril – is just a little too terrifying to contemplate. So we see a thing like an advisory, and we’re scared but also a little relieved that someone’s on it. We’ll get a heads up for the big one, right? We’ll have enough time to swing by TJ’s to pick up some La Crema Sonoma Coast Chardonnay and bottled water. Right?

Here’s the truth: We have no idea, and neither do the people who get paid to study this for a living.

Seismologists – who are amazing and will someday save thousands if not millions of lives with their research – don’t know yet how to predict major earthquakes. They can only calculate the odds. According to the U.S. Geological Survey, “Scientists estimate that over the next 30 years the probability of a magnitude 7 EQ occurring in Northern California is 76% and 75% in Southern California.” They know it’s coming, but no one knows when. Probably when we’re not looking, because most of the time we’re not looking.

RELATED: The Northridge Earthquake: “Like a Punch Delivered from Below”

The current advisory was issued even though the Salton Sea swarm caused the chances of an earthquake to rise just 1 percent. It’s good to remind people our lives can revert back to the 18th century in a matter of seconds. Any excuse to get people thinking about disaster preparation is never bad, and the state would be negligent if it did not tell us about any increase in risk. As evidenced by the guy at the Ralph’s on La Brea and Third this Sunday with an entire grocery cart full of baked beans and water, the advisory resonated at least a little.

The danger comes after October 4, when all of us pick up our oversized TVs off the floor and return them to their original dangerous positions. Seismologists want to predict the next big earthquake – but they’re not there yet. The big one probably won’t have an advisory. Maybe someday. But not yet.