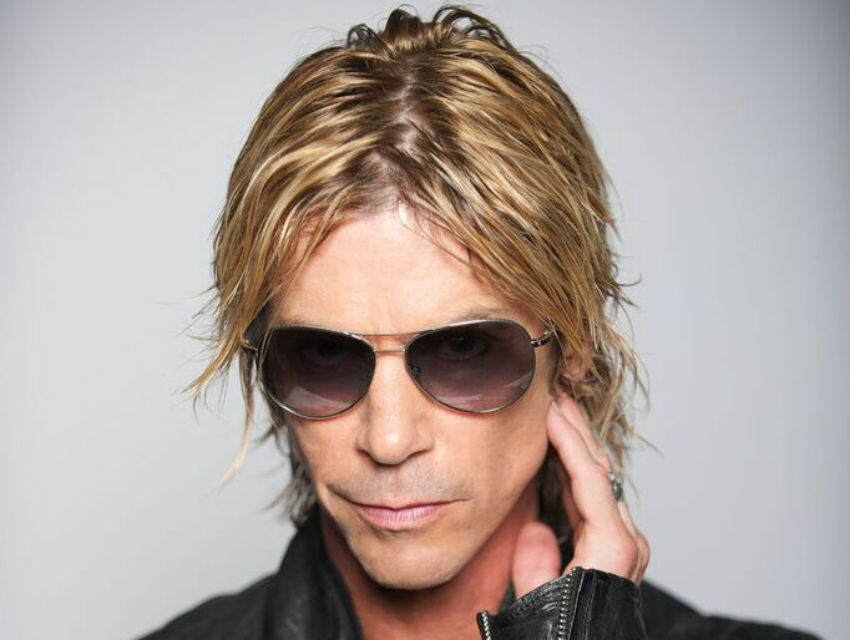 In 1984, Duff McKagan was just a Seattle punk rocker fresh off the bus in Los Angeles looking for people to jam with. Three years later, McKagan and his fellow bandmates in Guns N’ Roses were the biggest band on the planet, but with the success came drug addiction and alcoholism. At age thirty, McKagan nearly died when his pancreas swelled to the size of a football due to his excessive drinking. The experience had a profound effect on the musician who sobered up, went back to school, and began a career as columnist for Seattle Weekly, Playboy, and ESPN.

In 2011, McKagan released an autobiography, It’s So Easy (And Other Lies), and this week his latest book How To Be A Man (And Other Illusions), which McKagan himself describes as “half rock ‘n’ roll memoir, half guide to life,” is out on Da Capo Press.

We spoke with McKagan about the new book, the Guns N’ Roses years, and life beyond addiction.

When did you start writing?
I wrote a column for the Seattle Weekly for five years. That’s where I got my chops. It was called “How to be a man.” I got the idea from seeing some heavy metal band perform in Europe. At one point during the concert the singer got cocky and climbed up a scaffold next to the stage. When he reached the top he looked down and clearly thought “Oh, shit.” He crawled down very carefully. I thought, lesson one is always look at what you’re about to do before you do it. Even in the heat of the moment. Take a breath and check it out because you don’t want to be that guy who has to climb down the scaffold.

Is there a big difference between doing press for a book and doing press for an album?
I was suspicious but the book press is much nicer than the rock press. I like talking about books. I’m a book nerd.

What sets the book press apart from the rock press?
For my first book, I was in Manhattan to do press for the opening week of the release. The night before it all started my publisher held a cocktail party in my honor. It was really nice. They had made fake cocktails. There were a lot of highbrow people and press there. I was worried they would ask me the usual questions, like is Guns N’ Roses getting back together, but they didn’t. I’m always on guard around the rock press but I don’t have to be with the book crowd.

Who is this book intended for?
It’s a guide for people my age. Really, it’s a guide for anyone. When you’re in a big band you’re still just you. The outside perception changes but you don’t. What fucks people up is when they try to adapt themselves to the public perception. How do you do that? Maybe this is part of that manual that was never written. I always complained, there’s no manual on how to do life. It’s kind of like, here’s what I’ve learned after walking into a brick wall a hundred times.

Were you prepared for the fame as a young musician?
Going from playing small punk rock clubs to huge stadiums was weird but I struggled with drugs and alcohol before I moved to L.A. You either have the gene or you don’t. I knew people then who would have a couple of beers and then start drinking water and I thought, “how the fuck do you do that?” I can’t just stop. I’m an all or nothing kind of guy.

When did you realize, you had to turn your life around?
In 1994, I was hospitalized for a couple of weeks after blowing an organ. When something like that happens things become very real, very quick. It gave me a chance to be away from the drug dealers and the booze. After eight days in the hospital my mother, who was struggling with Parkinson’s, came in to take care of me and that was a wake up call. My mom crying, me with the tubes running in and out of my body. I should be taking care of her. Not the other way around.

For me being clean, I could see who I was again. I went to business school. I had to jump through hoops to get into college and that was a wake up call, too. I was in a class with other people going to community college. I don’t think anyone cared that I was there. The classes were too hard for people to pay attention to me. There, I was just Michael McKagan.

Do you have any advice for young musicians who may be facing the same things you were?
When I was in my twenties, I kept saying, right after this tour I’m going to get sorted out. No part of the dream of becoming a rock star is being a junkie. If I could go back in time, I would tell twenty year-old me to sort it out now. I didn’t figure out how to stop until I was thirty. But I made it. I talk about it in the book. It’s all about being comfortable in your own skin, whoever you are.