Home Film This Summer You Can Watch Movies About the Valley at a Valley... 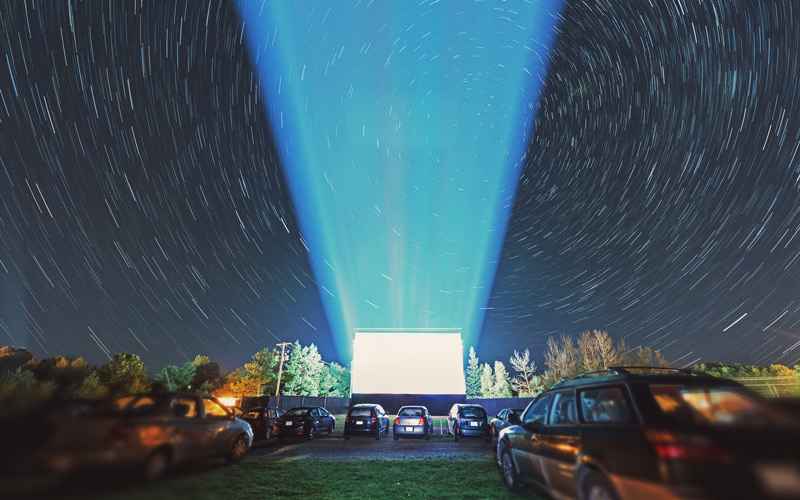 During the first two weekends in August you can get a carful of friends together and head to the drive-in for an outdoor screening of E.T. the Extra-Terrestrial, Back to the Future, The Karate Kid, and La Bamba. You don’t need a time machine. You just need a ticket for Summer Drive-In Nights.

The last of the Valley’s drive-in movie theaters, the Winnetka 6 in Chatsworth, was demolished in 1996, but starting August 4 you’ll temporarily be able to watch a movie from your car again. My Valley Pass is holding a popup drive-in at the Lake Balboa Complex (6335 Woodley Ave.).

Summer Drive-In Nights is a benefit for the nonprofit Valley Relics Museum. Oscar Urrutia, who is organizing the movie series, is also vice president of the museum. He told Los Angeles, “I always hear people talk about all these memories they have of the Valley, and it just kind of clicked in my head—those are hard to bring back, but maybe the drive-in. The theater’s still there, so why don’t we try bringing that experience back?”

Thanks to Urrutia and My Valley Pass, visitors will be able to relive the classic drive-in experience this summer. Moviegoers can listen the old-fashioned way, on an FM radio station in the car, or on wireless headphones.

The announcement of the temporary drive-in has made many longtime Valley residents nostalgic. “A ton of people have been responding, saying ‘When I was a kid, that’s where I used to go. We used to sneak people in in the trunk.’ It’s bringing back all those memories for people. The funny part is, myself, I’ve never actually been to a drive-in,” Urrutia said.

Each screening will include live music from a band that relates to the movie’s theme, as well as special guests. Each night’s pre-show starts at 7:30 p.m., and the screening begins at 8:30 p.m. Tickets are $20 per person or $60 for a car of four or more. So, no need to hide anybody in the trunk.

Saturday, August 5
Movie: Back to the Future
Music: The Flux Capacitors

Why Some Restaurateurs Are Betting Hard on The Valley