Home Uncategorized Dribble While You Work 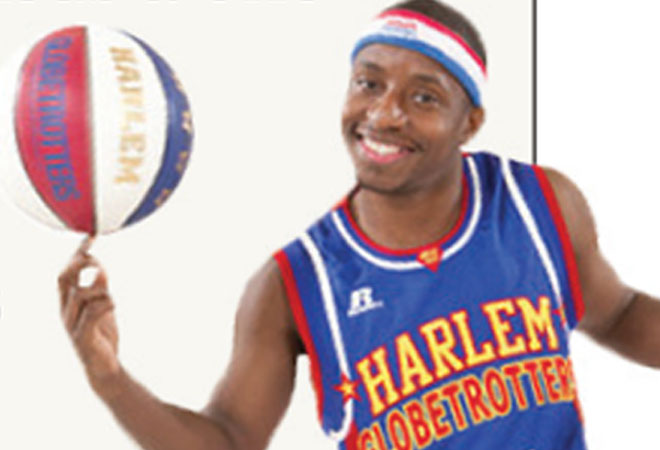 The Harlem Globetrotters make work look like child’s play. And out on the court, they (almost) never lose. This Sunday, they’ll be shooting, scoring, and running circles around their opponents at the Staples Center.

At five feet two, you’re the shortest Globetrotter ever. How do you keep up?

Jimmy “Pee Wee” Henry was the second-shortest Globetrotter at five feet three. He played one season in the ’90s—I never had a chance to speak with him. I’ve been playing against taller people my whole career, so I just draw from my experiences.

What are your favorite on-court moves?

Do the Globetrotters ever lose?

They lost to the New Jersey Reds in overtime in ’71. Red Klotz, who owned and played for the team, hit a late shot to give the Reds a one-point win.

Do you sometimes dream of dunking?