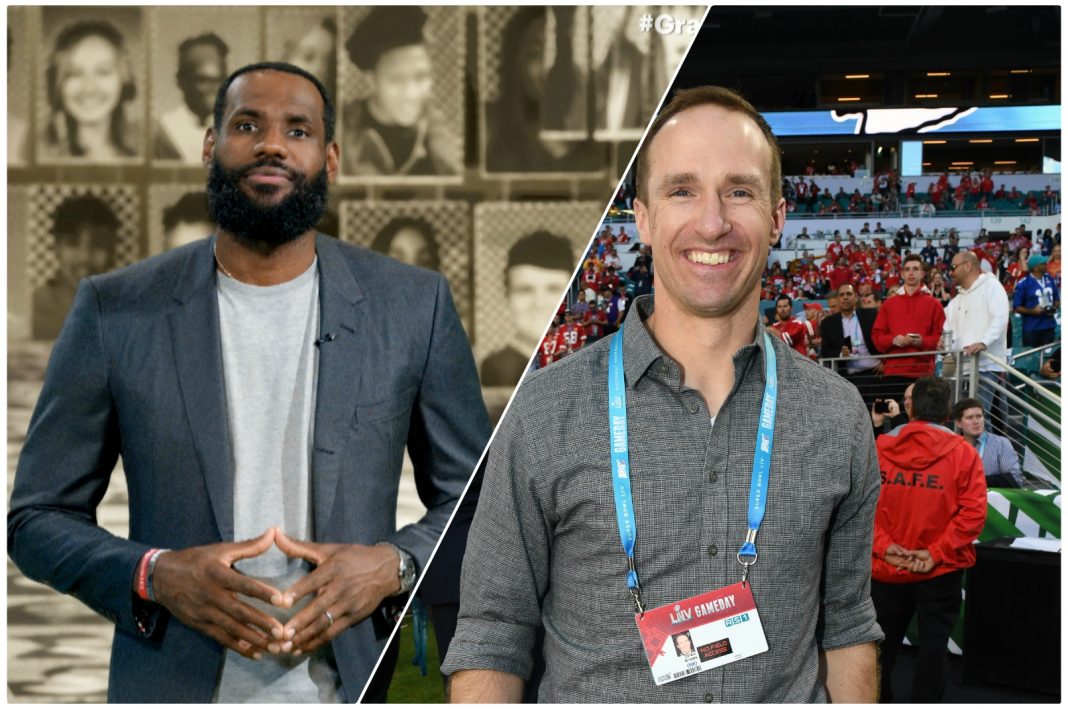 UPDATE 6/4/20: After weighing in on anti-police brutality demonstrations by telling a Yahoo Finance interviewer that he will “never agree with anybody disrespecting the flag of the United States,” Drew Brees issued an apology.

In a lengthy Instagram post, the aging quarterback, who suddenly remembered he helms a team in one of the Blackest cities in the U.S., said:

I would like to apologize to my friends, teammates, the City of New Orleans, the black community, NFL community and anyone I hurt with my comments yesterday. In speaking with some of you, it breaks my heart to know the pain I have caused.

In an attempt to talk about respect, unity, and solidarity centered around the American flag and the national anthem, I made comments that were insensitive and completely missed the mark on the issues we are facing right now as a country. They lacked awareness and any type of compassion or empathy. Instead, those words have become divisive and hurtful and have misled people into believing that somehow I am an enemy. This could not be further from the truth, and is not an accurate reflection of my heart or my character.
This is where I stand:
I stand with the black community in the fight against systemic racial injustice and police brutality and support the creation of real policy change that will make a difference.
I condemn the years of oppression that have taken place throughout our black communities and still exists today.
I acknowledge that we as Americans, including myself, have not done enough to fight for that equality or to truly understand the struggles and plight of the black community.
I recognize that I am part of the solution and can be a leader for the black community in this movement.
I will never know what it’s like to be a black man or raise black children in America but I will work every day to put myself in those shoes and fight for what is right.
I have ALWAYS been an ally, never an enemy.
I am sick about the way my comments were perceived yesterday, but I take full responsibility and accountability. I recognize that I should do less talking and more listening…and when the black community is talking about their pain, we all need to listen.
For that, I am very sorry and I ask your forgiveness.

New Orleans Saints quarterback Drew Brees is apparently still bent out of shape about his colleagues kneeling during the national anthem. Even after the death of George Floyd and the anti-brutality demonstrations that have spread across the country for more than a week, Brees took time out of his day to tell Yahoo News what he thought of the peaceful protests. “I will never agree with anybody disrespecting the flag of the United States of America or our country,” he said.

LeBron James, for one, was not amused. He tweeted a response to Brees, invoking Colin Kaepernick by name.

“WOW MAN!! Is it still surprising at this point? Sure isn’t!” LeBron wrote. “You literally still don’t understand why Kap was kneeling on one knee?? Has absolute nothing to do with the disrespect of and our soldiers (men and women) who keep our land free. My father-in-law was one of those men who fought as well for this country. I asked him question about it and thank him all the time for his commitment. He never found Kap peaceful protest offensive because he and I both know what’s right is right and what’s wrong is wrong! God bless you.”

James wasn’t the only prominent athlete to respond passionately to Brees’s comments. He received replies from numerous famous players, including two members of his own team, Michael Thomas and Emmanuel Sanders.