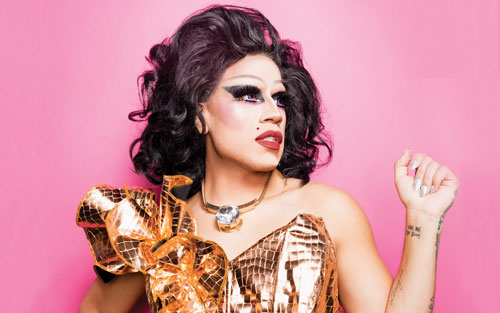 When Brian McIntire began scouting downtown for places to open a gay bar with his partner, Thor Stephens, he was shocked to find that downtown’s LGBTQ nightlife was almost nonexistent. “I thought for sure there would be bars up and down, but the New Jalisco was the only one,” says McIntire, referring to the longtime dive bar on Main that caters to Latinos. Despite this, they forged ahead. Precinct, their “rock and roll gay bar” on Broadway, served its first drink in May 2015.

Since then, two other gay bars have opened downtown: first Redline, a popular bar on 6th Street, and then the elegant Bar Mattachine on 7th. Named after the pioneering gay rights organization formed in L.A. in 1950, Mattachine won’t be confused with a WeHo bar. None of downtown’s gay bars will be. Says Bar Mattachine co-owner Garrett McKechnie, “I just think a lot of the gay bars in WeHo need to be a three-ring circus with 12 go-go boys or gals hoofing it every night of the week—basically the big gay frat party we never had. Which—don’t get me wrong—can be a lot of fun. But in DTLA we can do something a little different, like have a singer-songwriter on a Tuesday night while you chill with the local community and sip an old-fashioned.”

In that sense the trio has done more than just increased bar options. “I think the confluence of all three of us has changed the culture a little bit,” says McIntire. “It’s great that we have these spaces.”