Home Film Doomsday Preppers: How to Get Ready for ‘The Hunger Games: Catching Fire’ 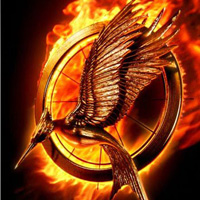 Excited to once again immerse yourself in the world of Katniss Everdeen and the bloodthirsty overlords of Panem? You and millions of other Americans. The Hunger Games: Catching Fire opens this weekend, and it’s a dystopian 146-minute epic filled with bows and arrows, brilliant costumes, and a duel to the death. Don’t worry if you didn’t see the first movie or haven’t read Suzanne Collins’ trilogy. You’ll have no trouble following along. You will, however, want to prepare. Here’s what you need to know.

1. Start Early
As any good end-of-the-worlder knows, you need to prep early and prep often. Buy tickets in advance. Give yourself plenty of time to make the drive, find parking, and navigate the crowds.

2. Dress Like You Mean It
Fire is one of the film’s primary leitmotifs, especially when it comes to the amazing costumes designed by Trish Summerville (we won’t divulge any spoilers). Dressing like a sexy, post-urban huntress? Cool. Adding sparklers and other fiery effects to your outfit? Distracting.

3. Lay in Supplies
Once you’ve made it to the lobby of your chosen theater, head for the snack counter. Catching Fire runs nearly two-and-a-half hours (consider it a warm-up for Oscar season) so you’ll need sustenance. The sugar in all those Milk Duds and Red Vines could leave you crashing after the initial high but the high salt content of the typical hot dog or tub of popcorn could make you reach for the soda, requiring an unexpected bathroom break. And that would be…

4. Go to the Bathroom
…devastating. There’s nothing more agonizing than a full bladder during an exciting movie. There you are, waiting for Thor to use his hammer or Andre Gregory to drop his latest witticism, fidgeting in your seat until you find the best moment to slip out of the theater. Nobody wants that.

5. Leave the Weaponry at Home
Between Merida in Brave and Katniss in Hunger Games, archery is cooler than it has been since medieval times. (Alert Geena Davis!) But that doesn’t mean you should bring your bow and arrow into the theater, unless you’re looking to get up close and personal with a security guard.