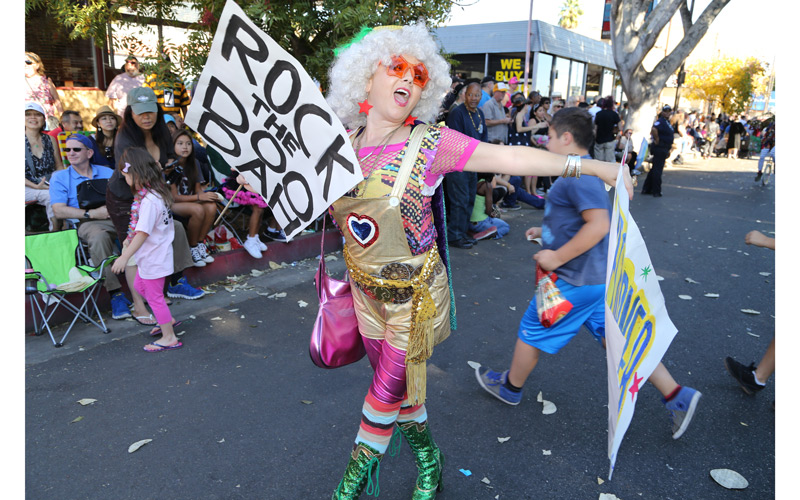 Sunday, November 19, 2017, is the 40th Pasadena Doo Dah Parade, and this year’s procession will feature many returning performers, bands, and art cars, as well as plenty of newcomers. Drag queen Imani Phoenix (aka Armond Anderson-Bell) was crowned 2017 Doo Dah Parade Queen and will march with Pasadena Pride, the San Gabriel Valley’s LGBTQ center. This year, the organizers also named a King of Doo Dah—Eric Waterhouse, who is known for driving around Pasadena while playing the recorder.

The parade takes place along Colorado Boulevard in East Pasadena and begins at 11 a.m. It is free to attend, and $10 per person to march. The official after-party is at American Legion Post 280 (179 N. Vinedo Ave.) and will feature performances by the band New Astroturf and Doo Dah Queen Imani Phoenix. There is a $3 cover.

Be Queen for a Zippity Doo Dah Day