Home Gaming This New Video Game Is an Allegory for Gentrification in L.A. 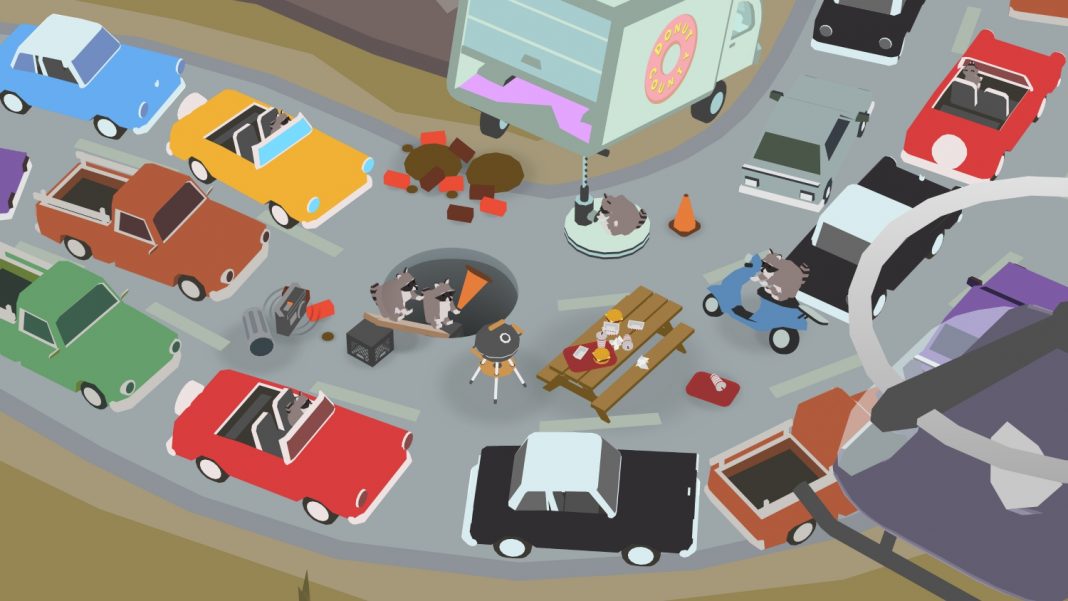 When Ben Esposito moved to Los Angeles, he was greeted by raccoons. The indie game developer had just finished college in upstate New York and headed west for a “dream job” at Sony. He found an apartment near UCLA and quickly learned that the building was also home to some wildlife. “There were raccoons sleeping in the laundry machines,” he recalls. “I was scared to do my laundry.”

It’s fitting then that a raccoon is the villain in Esposito’s new video game, Donut County, out on August 28 and published by Annapurna Interactive, a branch of the eponymous film studio. The narrative-driven puzzle game puts the player in the role of BK, a raccoon who destroys homes and lives with an app that sucks virtually anything its path down a hole that grows in size as it acquires more of other people’s stuff. When BK and his friend Mira are also swallowed by the hole, they end up at an underground campfire, confronted by those whose lives the raccoon has ruined. One by one, the displaced tell their tales as they try to make BK realize that he’s a douchebag with no regard for anything more than his own material gain. Donut County is also an allegory for gentrification in Los Angeles and tech’s role in it.

Esposito, who grew up on Long Island, caught a glimpse of gentrification in Brooklyn before moving to Los Angeles in 2011. In his first few years here, he noticed a similarity between the fast pace of changes in Brooklyn neighborhoods like Park Slope and those taking place in Silver Lake and Echo Park. He also acknowledges his role in speeding up these changes. “Moving into L.A. is part of the process of displacing other people,” he says.

Esposito’s indie-gamer cred runs deep. He’s a co-founder of the artist and game-maker collective Glitch City, he collaborated with the band Anamanaguchi on the game Capsule Silence XXIV, and he also worked on the acclaimed adventure game What Remains of Edith Finch. Since 2012, Esposito had been trying to make a game about a hole in the ground. “I realized that the hole is fun and novel, but it’s not the main character of a game,” he says. “The real character is the stuff that you put inside the hole.” 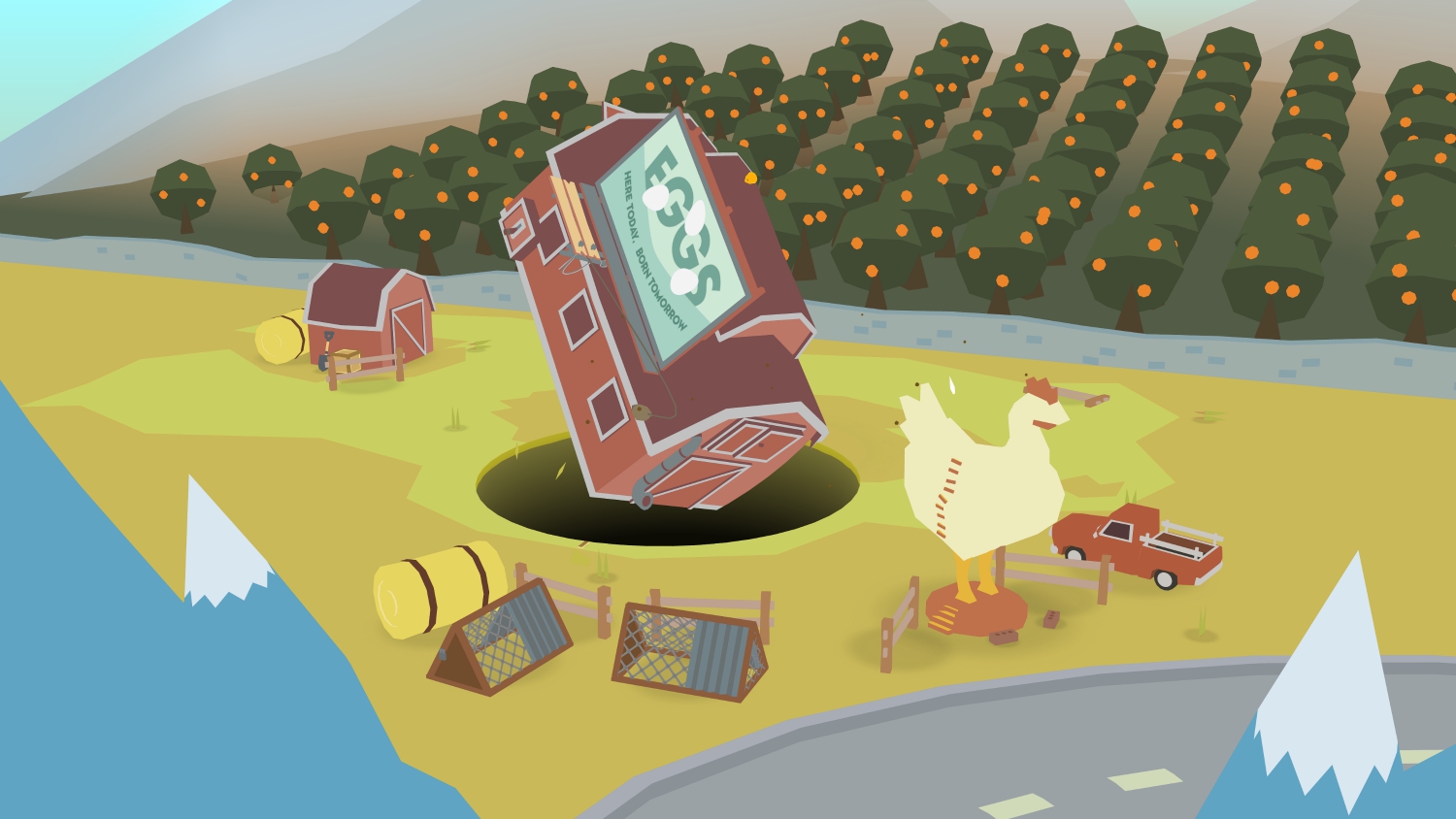 Finding a narrative to drive the game, though, was complicated. “Originally, I was searching for a theme about erasure because it’s a game where the only thing you do is erase the stage over and over again,” he says. Initially, he wanted it to be about the Hopi, but, through his research, he came to a conclusion: “This is not something that I have the right to tell a story about.”

Esposito scrapped everything save for the hole. “That was the soul-searching period where I realized that if I make a game about erasure, it needs to be about a place that I know and it also needs to be honest to my part in the process,” he says. “That’s when the raccoon stuff came back. I’m the raccoon. I’m the tech guy who comes in and makes a bunch of money and then can move to this neighborhood and change it around me. That’s what it has to be about.”

That impacts the player’s role in the game. “You play as the gentrifier,” he says, “and you have the stupid perspective of you don’t care about this place, you just want prizes.”

BK’s bestie, Mira, is inspired by a high school friend of Esposito and serves as the “voice of reason” in the game. The goals in Donut County are twofold: First, you have to make BK see the error of his ways; then, you have figure out how to get everyone out of the hole.

“One of the ideas is that you can’t use the technology that erases people to bring them back,” says Esposito of the game. “You can’t utilize the hole to save people. You can’t shoot them back out of it.”

RELATED: The Voice Actors Behind Video Games are Famous but Also Nearly Invisible

Metro Is Bringing a Retro Arcade to Union Station