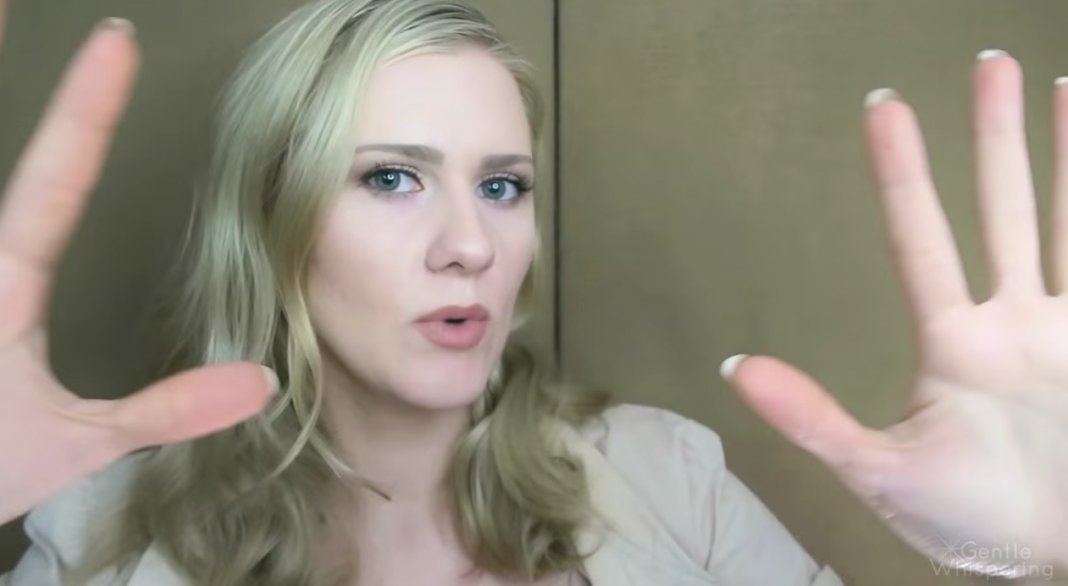 With any cat video on YouTube, you’re only three clicks of separation away from one of the weirdest, most intoxicating corners of the Internet: ASMR videos. They’re typically 40 minutes of whispering, tapping, and uncomfortable facial closeups that somehow create a pleasant tingling sensation beginning with your scalp—no drugs required. Commenters describe the experience as “euphoric,” “relaxing,” and “life-changing.” Many say they help with anxiety and insomnia.

No, seriously, no one is on drugs.

As someone who’s never felt these tingles, I find the videos to be boring (at best) or troubling (at worst). I made the mistake of watching a popular 38-minute-long clip while at work called “~Simple Pleasures~ ASMR Soft Spoken Personal Attention” (as 2,121,751 others have apparently done.) In it, a softly-lit woman named Maria strokes the camera while slowly whispering things like, “I hope that you trust me. You are very safe with me.”

I am sure you are very nice, Maria—more than half-a-million subscribers can’t be wrong—but I did not feel safe with you. In fact, I felt the need to clear my browsing history. (Because I know you’re all wondering, most ASMR fans are quick to insist that the feeling isn’t sexual, just soothing.)

Next, I watched someone named Ilse folding and unfolding her tissue paper collection.

Then someone quietly wiped a table for a while.

This woman taps on a hairbrush.

There are also “role play” videos in which people pretend to do things, like give massages or makeovers. Because why get an actual haircut when you can get a fake one, amirite?

And yet: I’m still not sure why I can’t stop watching these videos. Maybe it’s the hope that the next ball of tinfoil being stroked with a squeegee will be the one to ignite the totally-not-sexual tingles. Or maybe my procrastination has just evolved to a whole new level, and this is the gateway into Scandinavian slow TV.

Science doesn’t offer many answers either. The term ASMR didn’t even exist until 2010, and the first scientific paper on the subject was only published last year, meaning little is actually known about what neurological mechanism could be at work.

So, if you’re one of those people who experience this—Congratulations! I hope you and your ASMR will be very happy together. I’ll just be on Instagram watching this amazing video of puppies on repeat, completely tingle-less.

What to Stream This Weekend: ‘Malcolm & Marie, ‘Framing Britney Spears,’ and More