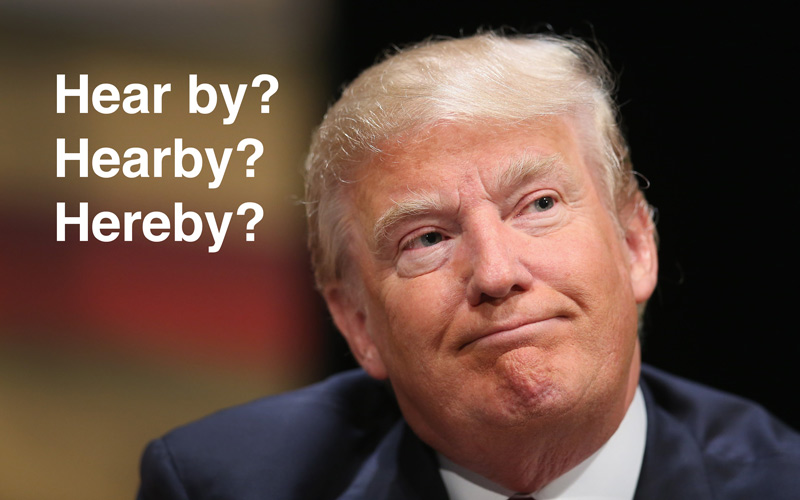 Having Twitter notifications turned on for Donald Trump will mostly make your life more miserable, but it comes with the added benefit of sometimes getting to see the president form his thoughts in real time. Sometimes that includes repeatedly failing to correctly spell the word “hereby.” Over the course of 15 minutes this afternoon, the president tweeted, then deleted, a series of attempts to write the phrase “I hereby demand a second investigation” without errors. Woof. That’s pretty rough, guys. We should be a little bit embarrassed as a nation. Close, but definitely no cigar. BOOYAH. There it is. Somebody give this guy a medal for perseverance and write a children’s book about him learning from his mistakes and sticking with it anyway. That’s good old-fashioned American resilience, folks. That’s what Thomas Edison was talking about when he said that thing about failing 10,000 times while trying to make a lightbulb. You can criticize Donald Trump for whatever you want (having poor spelling, being a sexual predator, praising Putin, whatever), but you can’t say he doesn’t embody those deep-seated ideals of hard work and determination that have made our nation great.

Thomas Harlander is a staff writer at Los Angeles magazine. You can follow him on Twitter and Instagram. He recently wrote: Some Genius Is Working to Provide Homes for Refugees—in Trump Tower