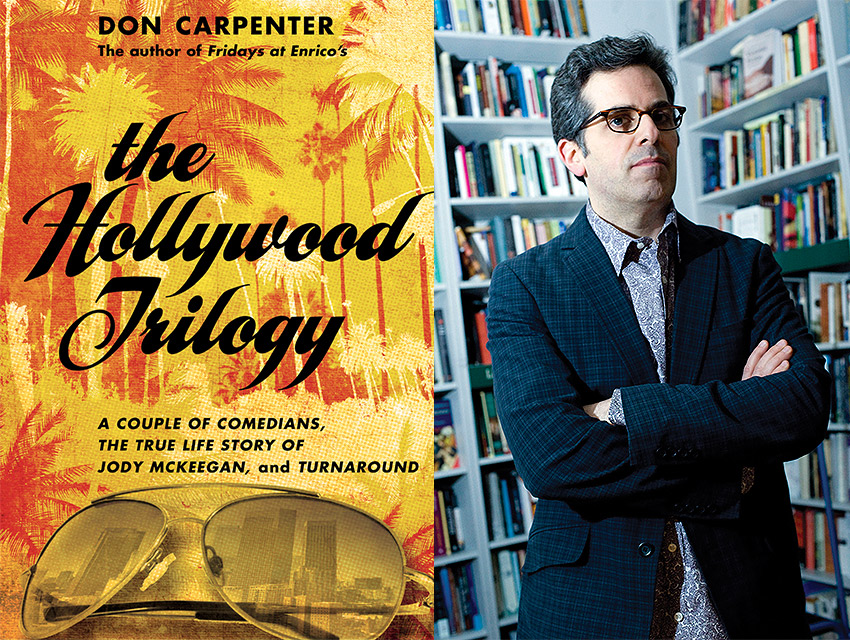 Literary history is filled with posthumous discoveries, but the work of Don Carpenter is a bona fide treasure. The Berkeley native was a writer’s writer, whose 1966 novel on the Bay Area beat scene, Hard Rain Falling, made Norman Mailer an admirer. Carpenter spent 12 years in L.A. churning out scripts (like 1973’s Payday) and crafting wry stories based on his experiences in show business. In 1995, beset by health troubles, the 64-year-old committed suicide, leaving behind a faded career and the unfinished manuscript for what was to be his tenth novel, Fridays at Enrico’s.

Now for the plot twist: A decade after Carpenter’s death, writer Jonathan Lethem decided to complete Fridays at Enrico’s, publishing it last April to critical acclaim. “The book was in good shape,” Lethem says. “I worked on it for about three months, but that was just making sure everything was in place.”

Renewed interest in Carpenter continues with the September 9 release of The Hollywood Trilogy: A Couple of Comedians, The True Story of Jody McKeegan, and Turnaround, the first anthology of Carpenter’s L.A.-based work. “There are a lot of great books that fall through the cracks,” says Lethem. “I only wish he could be around for this.”

How to do the L.A. Times Festival of Books