Home Celebrity Steve Harvey will Host a Fest in the Dominican Republic, Despite Recent... 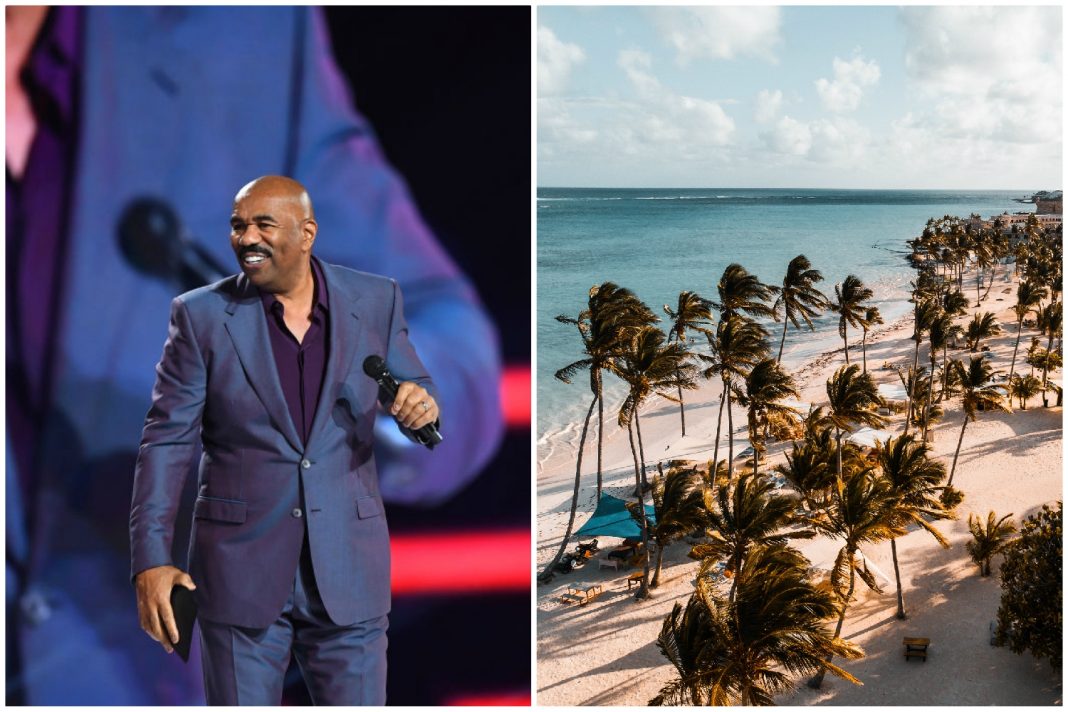 Update, 6/28/2019: After pressure from attendees, Steve Harvey’s Sand & Soul festival sent an email to ticket-holders announcing that the event would no longer be held in the Dominican Republic. While the event is schedule to still happen October 10 to 14, a replacement location has yet to be publicly confirmed.

Steve Harvey is forging ahead with a five-day music and comedy festival at the Hard Rock Hotel and Casino at Punta Cana, Dominican Republic, despite the mysterious deaths of two American tourists there—along with at least six other unexplained deaths of U.S. tourists in the country over the last year.

The comedian’s third-annual Soul and Sand Festival hits the beach on October 10 through 14 at the all-inclusive resort where 67-year-old Robert Bell Wallace of Turlock, California, died on April 14; Wallace’s family members says he got sick after drinking a scotch from his room’s minibar. His cause of death has not been determined.

Last July, 45-year-old David Harrison from Maryland died at the resort from a heart attack and pulmonary edema. As Business Insider reports, the same causes of death were cited by Dominican officials for three deaths last month: “Edward Nathaniel Holmes and Cynthia Day, of Maryland, and Miranda Schaup-Werner, of Pennsylvania, all of whom stayed at the Bahia Principe hotel at the Playa Nueva Romana resort in La Romana, about 50 miles west of Punta Cana, in May. Another woman, Yvette Monique Sport, reportedly died of a heart attack at another Dominican hotel in the Bahia Principe chain.”

After reading the disturbing news, a Brooklyn woman reported that she got sick and suffered chemical burns after drinking a 7-Up she believes was dosed with bleach from her minibar at the Luxury Bahia Principe Bouganville.

On June 10, Staten Island tourist Leyla Cox, 53, died in her hotel room at Excellence Resorts in Punta Cana. Last Thursday, Joseph Allen, 55, of New Jersey, was found dead in his room at the Terra Linda Resort in Sosua.

Asked if ticket-holders who’ve gotten cold feet about traveling can get refunds, a Soul and Sand rep replied that they’re “not answering questions on that,” and referred us to the Hard Rock’s website, although the festival isn’t listed on the resort’s calendar of events.

Hard Rock officials said in a statement yesterday, “We can assure you, the safety and health of our guests is now and has always been our highest priority. We currently implement beverage protocols, including purchasing sealed and unopened products from licensed and reputable vendors, as well as daily inspections of all products served throughout the hotel bars and in-room liquor dispensers. Additionally, our team members are trained to inspect all supplies, equipment and products that enter the property. Of course, we will continue to evaluate and recalibrate our protocols to strengthen and enhance guest safety.”

RELATED: A Selena-Themed Cruise Is Setting Sail Out of L.A. in 2020