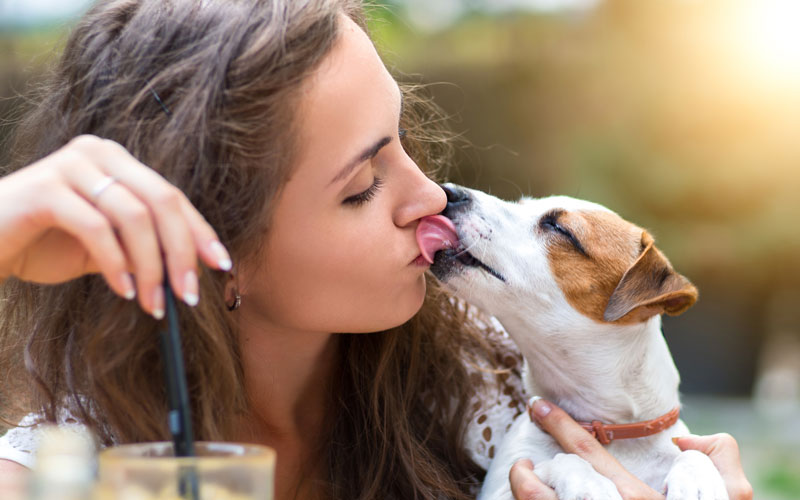 Can we take a minute to apologize to dogs, please? They didn’t do anything to deserve this. They have been going about their dogly business nuzzling us and playing with us and giving us the rare gift of unfiltered joy, and now we have dragged them face-first into our all-consuming culture of recreational fear.

In case you missed it, the New York Times posited a question that can only be asked when you’re living through the safest epoch in human history: Should You Let Your Dog Lick Your Face? The answer, obviously, is yes, because dogs are proof that we live in a benevolent universe, and there is a God, and our creator wuvs us very much.

But that didn’t stop the Times from disparaging the animal kingdom’s noblest buddy. In an oddly written article (it starts off with an emailed quote from a source and segues to a paragraph title that has no context for the reader), an assistant professor of medicine at Drexel is quoted as saying that there are things in a dog’s mouth that humans don’t normally deal with, and those things, according to a lecturer at Cornell’s College of Veterinary Medicine, can causes stomach problems in us humans.

Cornell says saliva on skin contact in a healthy person is unlikely to cause any problems. The author points out that dog saliva is more easily absorbed through the human nose, mouth and eyes. Cornell says that illnesses transmitted this way are also very rare.

In a just and honest universe the headline of this article is, “Letting Your Dog Lick Your Face is Pretty Safe.” Most of us know not to let our dogs spend hours licking our eyeballs — or our mouths and noses — and if they do sneak in a lick, we know not to freak out about it.

The piece goes on to quote a professor of virology from England saying he would NEVER let a dog lick his face. England and Drexel then list all of the very bad potential health things that Cornell said rarely happen. After a drive-by on cats, the article closes with an animal lover saying she will accept the risk of dog kisses in her life as if she’s a modern-day Damien of Molokai, the missionary leper saint.

The New York Times does some great work. And lots of publications traffic in fearmongering to gin up content and traffic, so for the record there are far worse examples on other sites. This piece just happens to be recent, and it also serves as the perfect widget sprung forth from the hmm-what-else-do-people-do-every-day? fear factory.

1. Make your subject a thing that people love or do often.

2. Describe an unlikely outcome that could come about as a result of people doing that thing.

3. Talk to experts with very impressive titles so that everything sounds very official and credible.

4. Note the actual unlikeliness of a negative outcome pretty far into the article.

5. Recommend precautions that people with common sense are already doing.

6. Refuse to recognize that most daily activities we participate in are safe (or we wouldn’t, you know, do them over again and again), these activities sometimes carry a small risk, especially if you don’t use common sense, so just use common sense, and you will be fine, because dogs – and food and alcohol and sex and technology and entertainment – are all part of what make life worth living, and if we fear those things, we fear our own humanity, and we are no longer the species that transcends gravity through flight, explores space, eradicates diseases and also goes to great lengths to protect endangered animal populations and the planet itself, and that’s not like us, humanity, so, yeah whatever you’re doing, if it hasn’t killed you yet, it’s probably OK.

Dogs, on behalf of humans, sorry about that.

This Long Beach Dog Mom Is Our New Quarantine Distraction