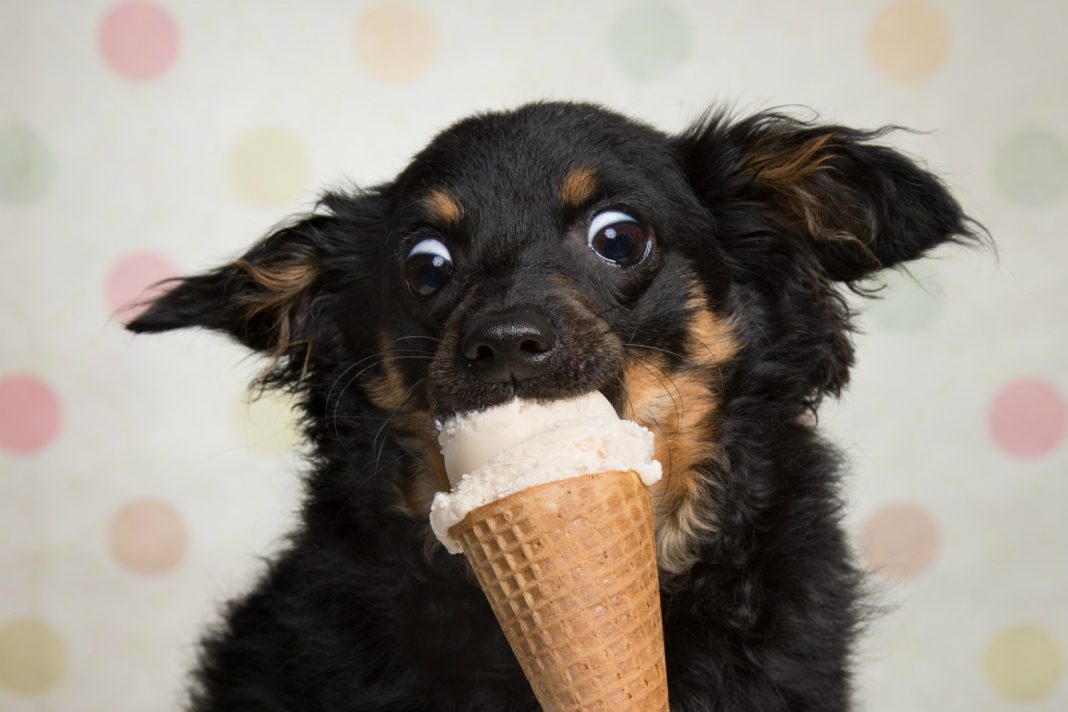 When the Year of the Dog meets the dog days of summer, dog-themed events start popping up all over. From watching dogs on the big screen to feeding dogs ice cream, Los Angeles dog lovers have plenty of opportunity to bond with four-legged friends in August.

On Sunday, August 12, bring your dog to the first-ever Pup Up Pawty, a free dog-friendly festival coming to the Japanese American Cultural & Community Center (244 S. San Pedro St., downtown) as part of the Nisei Week festivities. The new “pup-up” series, a benefit for local nonprofits, was created by “top dog” Irvine Du as a way for people and dogs to have fun together. He says, “There will be games, photo booths, a dog fashion show, and vendors of dog products. Aki the Akita is Nisei Foundation’s mascot, and he’ll be there from 11:30 to 12:30 for photos as well.”

On Friday, August 17, at 8:30 p.m., check out this free animation screening and comedy night at the Downtown Independent (251 S. Main St., downtown). LoopdeLoop is a “micro international film festival” that happens in several cities every month. They show 100 films from around the world in under an hour, and August’s theme is dogs. The L.A. show is produced by animator and director Mike Hollingsworth, and this month, it has partnered with another show he produces, Picture This, which combines stand-up comedy and live animation. Hollingsworth says, “We’ll have animators from BoJack Horseman and Big Mouth in the house and some of L.A.’s best comics, including Adam Conover from Adam Ruins Everything.”

Remember that 2014 viral video of two dogs eating ice cream? It inspired pet photographer Diana Lundin to launch a series of ice cream socials for dogs that double as portrait sessions. This summer, she’ll be holding them in Echo Park on August 15, Chatsworth on August 18, Huntington Beach on September 8, and Studio City on September 16. Reservations are required and the $29 session fee includes an 8×10 photo, a digital file, and of course, a cone of doggie ice cream. Lundin says, “No matter what the dog does, it’s hilarious.” Participating dogs will have the option of being considered for her upcoming photography book, tentatively titled Dogs Eating Ice Cream, which comes out next September.

Ever done yoga with your dog? Give it a try on Sunday, August 19 at 10 a.m. at Valley Park (2521 Valley Drive, Hermosa Beach). This outdoor “doga” class—free with registration—is sponsored by Healthy Spot and CorePower Yoga, and includes free refreshments for people and pups.

Friday, August 24, at 8 p.m., a new art show of dog-themed work by local artists opens at The Perky Nerd (1606 W. Magnolia Blvd, Burbank). Mauricio Abril, an artist and illustrator heavily featured in the show, will be at the opening to sign copies of his book Small Dogs. Tiffany Melius, the Perky Nerd’s owner says, “We started out the year with a cat show, the Happy Meow Year Art Show, so it seems logical to spread the animal love. It also happens to be National Dog Day on August 26, which is why we chose this particular weekend to debut this show.”

RELATED: How to Upgrade Your Pup’s Dog Park Experience in L.A.