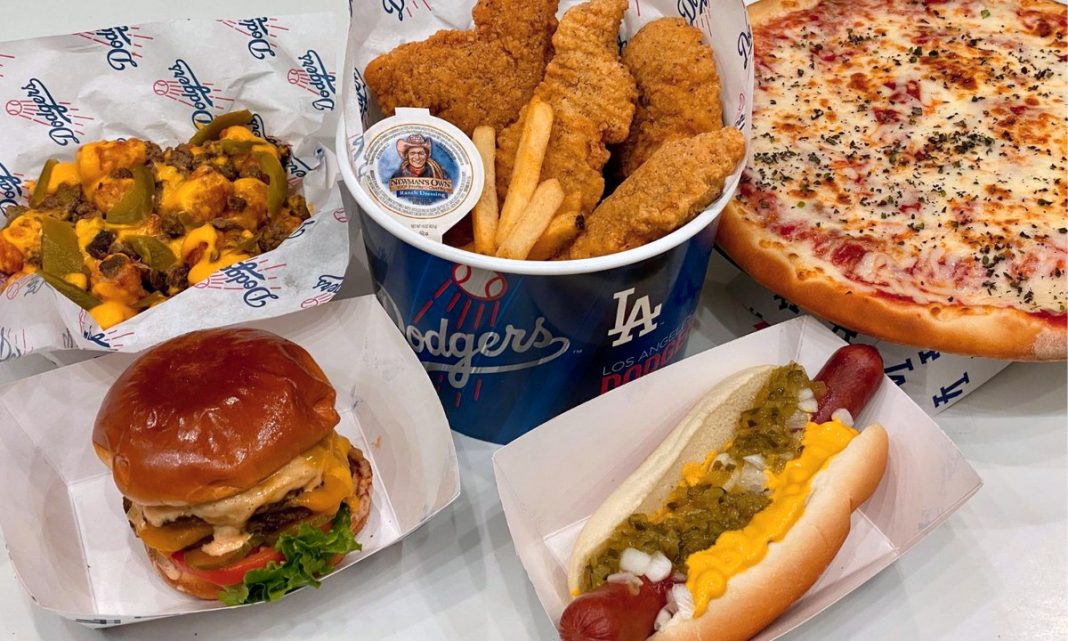 Baseball season is underway, but the only reason most Angelenos are heading to Dodger Stadium right now is to get a COVID-19 test. But that doesn’t have to mean your ballpark traditions are entirely sidelined this summer. Here’s what you need to do to stage a great at-home game day.

Find a Dodgers Game to Watch

MLB games have historically been tied up in restrictive blackout deals, but this year it’s a little easier than to watch a game on television. SportsNet LA, the Dodgers’ broadcast partner, is now available to AT&T, Direct TV, and other cable carriers, in addition to Spectrum. Additionally, several Dodger games are being carried nationally on ESPN for television and streaming broadcast. Fox, YouTube, MLB.TV, and other providers offer some streaming options as well, though fans in L.A. may sometimes have trouble accessing live broadcasts of local games.

Get Some Ballpark Snacks

The Dodgers have teamed up with delivery app Postmates to offer L.A. Dodgers Home Plates. Place an order for your stadium favorites and they’ll be whipped up just like the ones you get at the park, but from the security of a sanitary, off-site ghost kitchen. While not every Dodger Stadium food option is available online (no King’s Hawaiian, sorry), the service offers some of the greatest hits. Nobody should have to watch a baseball game without garlic fries, Dodger Dogs, and nachos served in plastic helmets.

Deck Yourself Out in the Latest Team Merch

One excuse to catch a whiff of Dodger Stadium air: Swinging by for curbside pickup of purchases from the Dodgers Top of the Park merch shop. The team has kept churning out new, official styles for the season–including those most essential accessories, face masks. Browse through the online inventory and then give the shop a call or email to let them know you’ll be coming; pickup hours are 2 p.m. to 4 p.m. daily.

Make an Appearance at the Park, From Afar

If not being in Dodger Stadium is really bumming you out, there is one option. Superfans are invited to submit their faces to appear on cutouts in the park. Snagging a “seat” will cost the two-dimensional you $149 to $299 depending on location. Cutouts aren’t just for human fans; dogs and cats are also welcome. Proceeds from the sale of cutouts benefit the Los Angeles Dodgers Foundation.

RELATED: An Insider Look at Dodger Stadium with Eric Karros