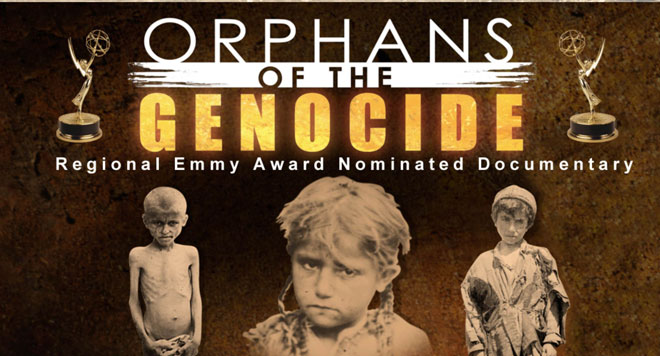 While Hollywood continues to offer dramatized history lessons about tragedies throughout history, the Armenian genocide has yet to achieve recognition in certain countries. Filmmaker Bared Maronian aims to raise awareness of the event by focusing on its youngest victims. Inspired by the work of software engineer and historian Maurice Kelechian, he produced and directed Orphans of the Genocide, a 110-minute documentary part of which will be screened this Sunday at the Ararat Eskijian Museum in Mission Hills.

During and after World War I, the Ottoman Empire exterminated nearly 1.5 million Armenian civilians. Warehoused in orphanages with deplorable living conditions, countless children were were stripped of their Armenian identity and systematically “Turkified.” Orphans of the Genocide, which was nominated for a 2010 regional Emmy in the historical documentary category, brings together the stories of the orphans and sheds light on their rigid upbringing.

“Based on documents found at Antoura College [in Lebanon] where the orphans were housed,” Maronian says, “there was a concerted governmental effort to Turkify parentless Armenian children by changing their names and giving them Turkish names, enforcing Turkish values, and forcibly converting them to Islam.”

A 2010 story by British journalist Robert Fisk about the discovery of a mass grave for nearly 300 children on the grounds of Antoura laid the foundation for the documentary. Both Fisk and Maronian included Kelechian’s extensive research on the subject matter in their respective works.

As recent events show, where there is turmoil there are also many willing to help. In Orphans of the Genocide, Kelechian highlights the efforts made by global welfare organization Near East Relief. Between 1915 and 1930 it administered $170,000,000 in aid to the Ghazir Orphanage for girls in Lebanon and is credited with rescuing 132,556 orphans, according to Kelechian.

While the film weaves together the stories of victims and researchers to focus on the effects of the Armenian genocide, Maronian hopes viewers will have a better understanding of crimes against humanity.

“In many ways these stories are universal human experiences,” Maronian says. “Orphans of the Rwandan genocide, the parentless children of the Holocaust, and the hundreds of thousands of Armenian genocide orphans went through the same deplorable conditions and indignities.”

Why L.A.’s Armenian Community Wants You to Pay Attention to the Situation in Nagorno-Karabakh