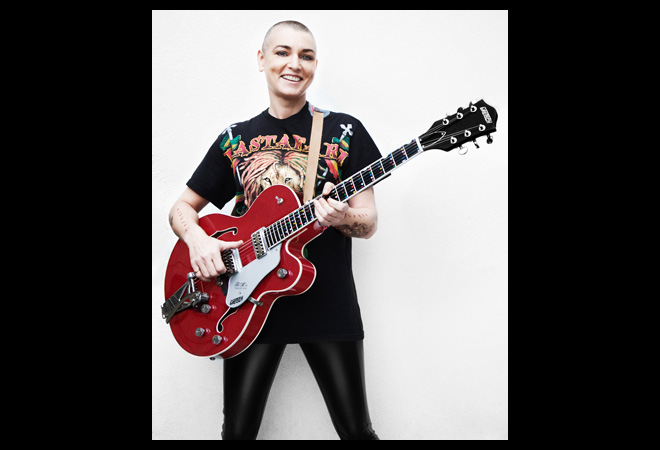 Head-shaving, Pope-denouncing, TMI-sharing Irish singer Sinéad O’Connor is returning to Los Angeles for her first show since we can’t remember when. She’ll be performing on Nov. 24 at Cal State LA’s Luckman Fine Arts Complex as part of her The American Kindness Tour, which she abruptly cancelled last year after announcing that she had suffered a “very serious breakdown.”

What has the 46-year-old performer been up to in the 23 years since her cover of Prince’s “Nothing Compares 2 U”?

—Becoming an outspoken advocate for child abuse victims.
—Being ordained a priest in the Irish Orthodox Catholic and Apostolic Church. Neither her divinity nor her title are recognized by the Roman Catholic Church.
—Developing an interest in gospel and spiritual music, which is mostly what she’ll be performing on this tour, it seems. In 2007, she released Theology, an album of Rastafari spiritual songs.
—Playing some sold-out shows at Lincoln Center.
—Declaring that she was a lesbian and then deciding she wasn’t.
—Getting married—again and again. Her fourth wedding, to a therapist she met online, lasted only 17 days before she announced they had split. A week later, she announced they had reunited.
—Revealing that she had been diagnosed with bipolar disorder.
—Collaborating with Mary J. Blige, Wyclef Jean, and Dave Stewart of Eurythmics.
—Shaving her head. She has occasionally grown her hair out into a short, gamine style (think Jean Seberg) but she’s back to the shaved look, though her minimal locks are now flecked with gray.

Tickets to the Luckman show go on sale this Wednesday, July 31 at noon via Ticketmaster and at the Luckman Box Office at 323-343-6600.

The Best Ways to Celebrate St. Patrick’s Day in L.A.

Irish Pubs in L.A. We Suggest You Drink at Literally Any Day Other Than St. Patrick’s Day