Home TV Did You Spot These L.A. Locations in Fear The Walking Dead? 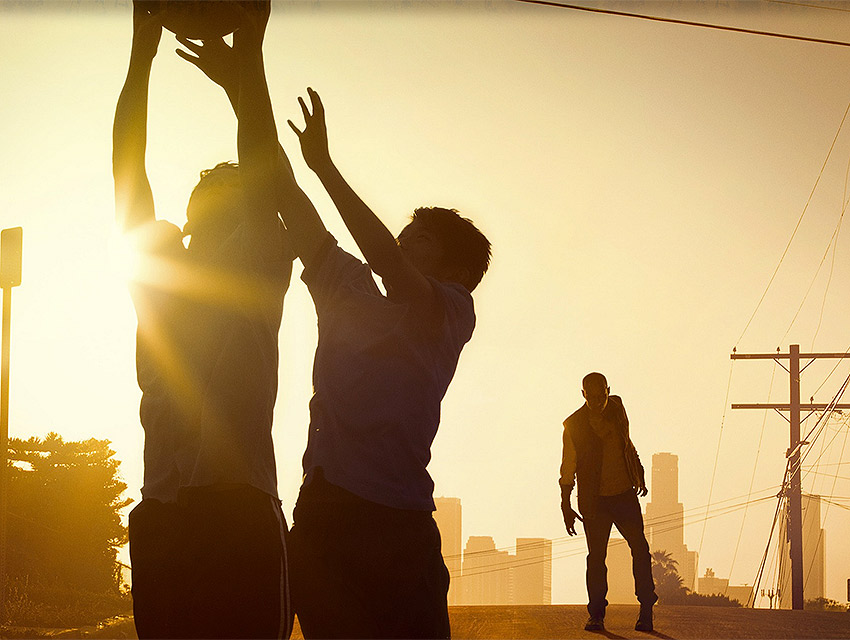 Dead but not gone, y’all. Warning: Mild spoilers ahead.

Fear The Walking Dead, the prequel to AMC’s hit zombie apocalypse show The Walking Dead, premiered Sunday night to massive viewership. Things got super weird super fast (we’re looking at you, Gloria). While TWD takes place in a world where zombie psychos are the norm, Fear takes us back to a time when the outbreak is just beginning to rear its ugly (but not yet desiccated) head. The show is set in what appears to be modern-day Los Angeles, and though much of the filming was done in Vancouver (curse you, runaway production!) there are some L.A. landmarks that make an appearance in the premiere episode. Did you spot them? Here’s a breakdown. The show opens with a shot of Nick Clark (Frank Dillane—aka Tom Riddle/the real-life son of Stannis Baratheon) waking up in a “shooting gallery,” a dingy, graffiti-covered drug den. Minutes after seeing the aforementioned Gloria snacking on a friend’s face, Nick races out of the building—Bethany Presbyterian—and down Griffith Park Blvd. Speaking of Griffith Park Blvd., Silver Lake’s polka dotted parklet pops up in an ominous shot of the L.A. skyline just after Nick gets hit by a car, which lands him in the… …hospital! In the real world, Temple Community has been closed since 2014 (it shuttered after 70 years due to low revenue and hefty retrofitting expenses). In the Fear world, it is a bustling infirmary where doctors talk in hushed voices about viruses we don’t know enough about. Fear disguised WWHS as Paul B. Williams High School, but the LAUSD institution, located in El Sereno, is one of the main spots where the drama unfolds. Bratty teenager Alicia Clark (Alycia Debnam-Carey) plans to meet her boyfriend at the oceanside locale for a date, but bae stands her up. In fact, we don’t see him for the rest of the ep. “You better be dead!” she texts him. Dun dun dun… Nick is vindicated when his mother, Madison (a typically phenomenal Kim Dickens) and her boyfriend Travis (Cliff Curtis) see a very dead human come back to life before their own eyes beneath the DTLA overpass, lending credence to Nick’s earlier story about Gloria.