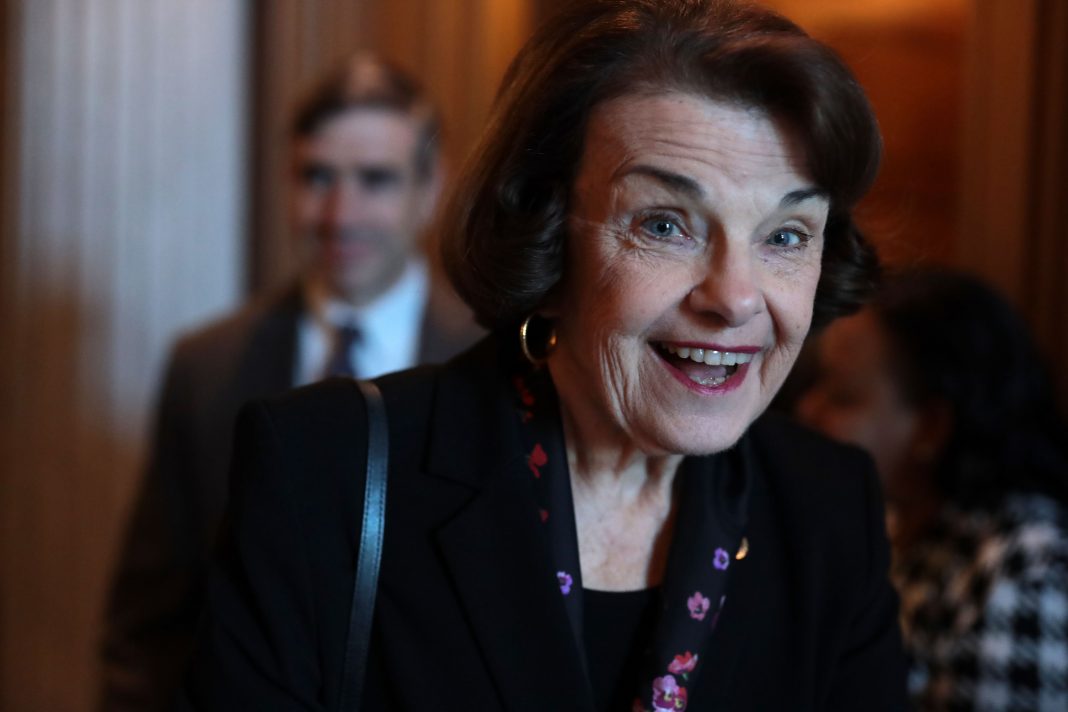 In recent years, Senator Dianne Feinstein of California has been scrutinized for her handling of certain matters as ranking member of the Judiciary Committee, particularly during the confirmation hearings of Amy Coney Barrett and Brett Kavanaugh. Today she announced that, when the new Congress is seated, she’ll be stepping back from that leadership role.

“After serving as the lead Democrat on the Judiciary Committee for four years, I will not seek the chairmanship or ranking member position in the next Congress,” Feinstein said in a statement.

Feinstein nonetheless expects to remain on the committee as a member and, despite murmurs that at 87-years-old her days in the Senate may be waning, she appears to have every intention of, at the least, serving until her current term ends in 2024.

During the Barrett hearings, a number of progressive leaders and organizations called on Feinstein to step aside, expressing concern that she appeared disinclined to use the hearings as an opportunity to stage an aggressive fight against the Republican agenda and may have been too close to conservative colleagues.

Brian Fallon, executive director of Demand Justice, one of the activist groups that called for Feinstein to resign the role, told NBC News that today’s announcement is an acknowledgement that Feinstein’s more collegial tone seems out of step with today’s political reality.

“This was a necessary step if Democrats are ever going to meaningfully confront the damage Donald Trump and Mitch McConnell have done to the federal judiciary,” Fallon said. “Going forward, Democrats on the Senate Judiciary Committee must be led by someone who will not wishfully cling to a bygone era of civility and decorum that Republicans abandoned long ago.”

While Feinstein’s resignation of the prominent post is being seen by many as a victory for the Democratic party’s progressive wing, even establishment members of the party had appeared to distance themselves from Feinstein following the Barrett hearings.

On October 20, when asked about her leadership, Chuck Schumer told reporters, “I’ve had a long and serious talk with Senator Feinstein. That’s all I’m going to say about it right now.”

Sen. Feinstein Denies She No Longer Has Capacity to Serve

Colleagues Fear Sen. Feinstein No Longer Has Capacity to Serve