Home Things to Do A Guide to Celebrating Dia de los Muertos in L.A. 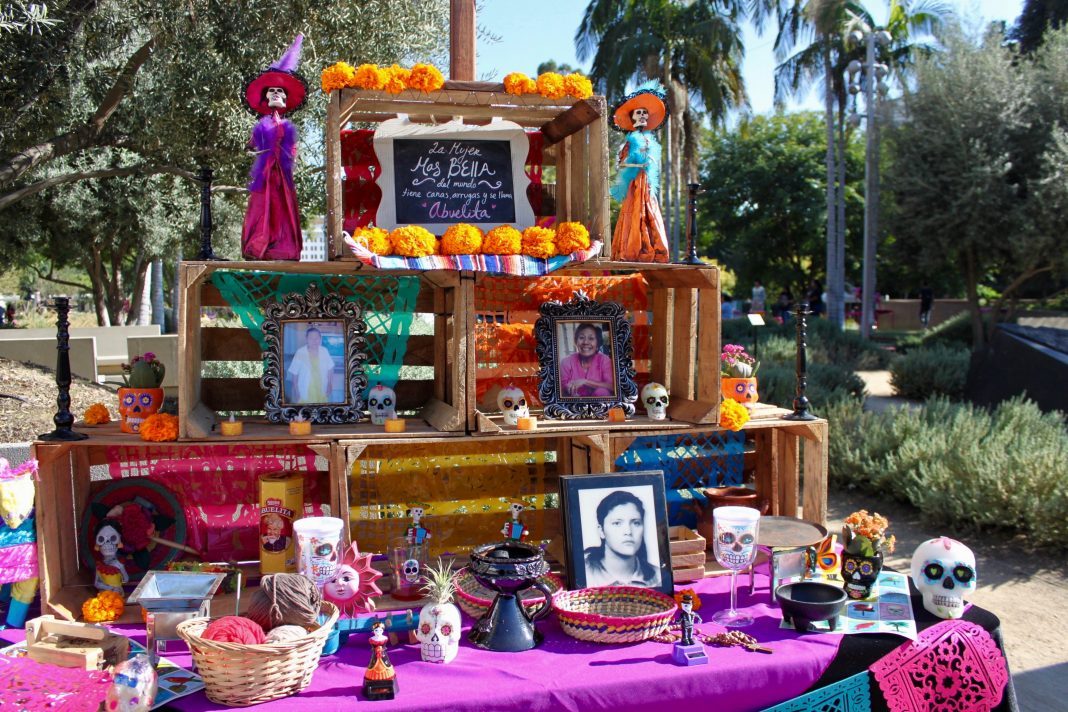 Yes, today is Halloween. No, Dia de los Muertos is not Mexican Halloween. Day of the Dead, celebrated November 1 and 2, dates back thousands of years to the pre-Hispanic era, when indigenous people in Mexico considered mourning the dead disrespectful because death is just another stage in the cycle of life.

The present-day incarnation of the holiday, as it’s celebrated in Latin America and the U.S., incorporates both indigenous and Christian traditions, including making ofrendas, reading short poems called calaveras, and enjoying the dishes and drinks that were enjoyed by the dearly departed.

Why are modern-day Angelenos so into Dia de los Muertos? As L.A. Taco’s Areli Morales puts it, “Because it is an amazing holiday that makes you think of life in a death-positive way.” Some celebrations are more legit than others, but if you are looking for way to celebrate the tradition in fun (and respectful) way, here are some options. (Oh and you can learn more about the holiday’s history in L.A. here.)

With all its history and cultural lore, Olvera Street is a perfect place to celebrate Dia de los Muertos. Through November 2, the festival includes nightly novenario processions, which feature candlelight, Aztec dancers, and a traditional Mayan blessing-soul cleansing, and after each procession, participants will be served pan de muerto and champurrado. On November 1-3, face painters will be in attendance to transform mortal faces into calaveras, and the plaza is hosting two full days of entertainment on Saturday and Sunday, November 2 and 3 (in addition to two evenings of entertainment on October 31 and November 1). See the full schedule here. And, of course, don’t forget to check out the display of ofrendas. Admission is free. 125 Paseo de la Plaza, downtown.

Selena tribute band Selenamos serves as the house band for this all-female lineup that includes Empress Of, Ceci Bastida, and San Cha on Friday, November 1, as part of Grand Park’s annual Dia de los Muertos festivities. The show is being organized by Solidarity for Sanctuary, an organization whose mission it is “to raise awareness about issues concerning immigrant communities and offer resources to help them through the immigration process.” Salvadoran poet Yesika Salgado hosts and L.A. streetwear brand Kids of Immigrants sell merch. And check out the 40-plus alters on display on the performance lawn, on view through Sunday, November 3. Grand Park, downtown.

For 20 years, Angelenos have celebrated Dia de los Muertos at Hollywood Forever Cemetery. This year, the theme is the monarch butterfly, symbolizing the dreamers and immigrants whose migration parallels that of the winged beauties that migrant between Mexico and the United States. View over 100 alters honoring the dead, check out the Aztec dancers, or, if you’ve got the goods, enter the costume contest. Sat., Nov. 2, noon-midnight, 6000 Santa Monica Blvd., East Hollywood.

Considered the oldest celebration of Dia de los Muertos in L.A. the event presented by Self Help Graphics is in its 46th year. This year’s celebration and exhibition is titled “Ancestral Lights” and will feature traditional altars, family workshops, a muertito marketplace, food vendors, and live entertainment. The event will take place on November 2 with the exhibition running through November 27 at SHG. 1300 E. 1st St., Los Angeles, 90033.

Coco at the Hollywood Bowl

Squeeze one last bit of fun out of Dia de los Muertos when Coco is projected at the Hollywood Bowl Friday and Saturday, November 8 and 9. A live orchestra accompanies the Disney/Pixar tearjerker, and the night also features appearances by Eva Longoria, Mariachi Divas, Miguel, Lele Pons, and more. 2301 N. Highland Ave., Hollywood Hills.

RELATED: How the Women Who Brought Día de Los Muertos to L.A. Carry on the Tradition

How the Women Who Brought Día de Los Muertos to L.A. Carry on the Tradition

The 6 Best Things to Do in L.A. This Hallo-Weekend