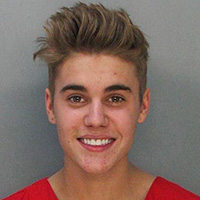 Share
Email
Facebook
Twitter
Pinterest
ReddIt
WHAT: Upset by the Canadian pop star’s recent arrest for an alleged DUI and drag racing, a group of concerned citizens has launched a petition requesting that the Biebs be kicked out of the U.S. It reads: “We would like to see the dangerous, reckless, destructive, and drug abusing Justin Bieber deported and his green card revoked.”
VERDICT: Power to the people! We’re not bothered by Bieber’s antics (he’s behaving exactly how we’d expect a 19-year-old with gobs of money, power, and fame to behave); we just love seeing Americans get involved in politics. The petition recently garnered more than 100,000 signatures, which means the White House must respond. Will the POTUS actually deport Bieber? It depends if Sasha and Malia Obama have anything to say about it.