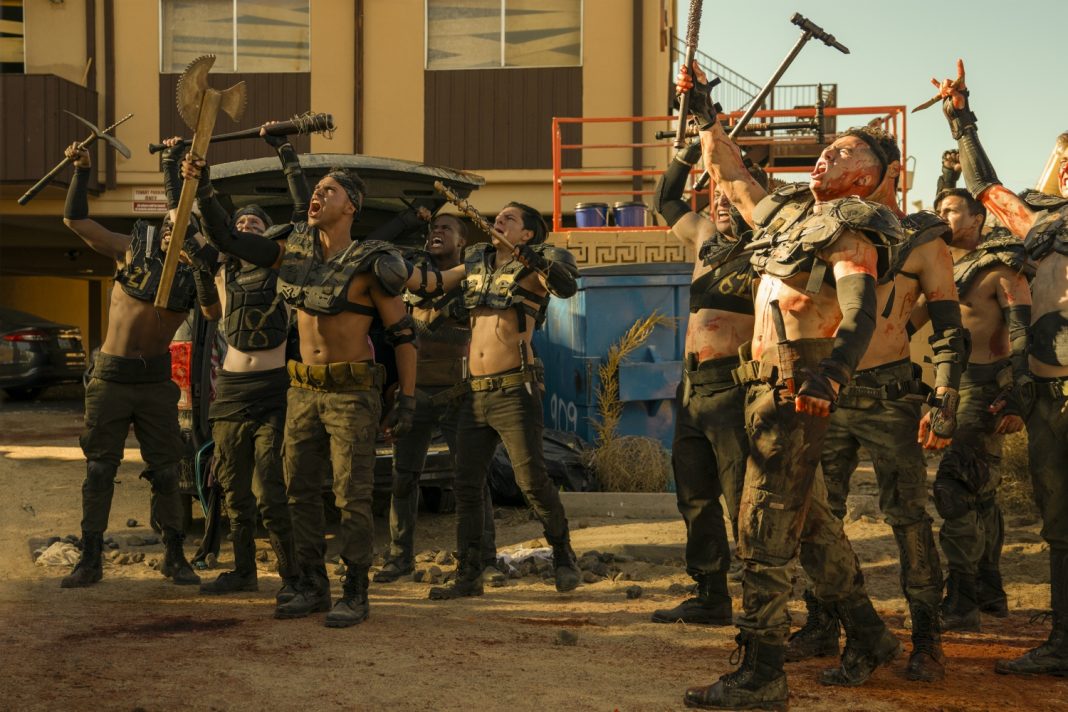 In the new Netflix sci-fi/fantasy dark comedy Daybreak—based on the comic book by Brian Ralph and premiering Thursday—doomsday has turned everyone over 18 into flesh-eating “ghoulies” while its young survivors take a permanent snow day to enjoy the remains of the City of Glendale while fighting off their cannibalistic former authority figures, as well as one another. We spoke with showrunner Aron Eli Coleite, formerly an E.P. on Star Trek: Enterprise and Heroes, about the inspiration for this hysterical wasteland paradise.

What makes Los Angeles the perfect place for a teen zombie show?

And, you know the San Fernando Valley and the San Gabriel Valley always feel like they deserve more than the rest of Los Angeles, and I wanted to give it its due.

So which clique were you in?

I guess I tended toward the speech and debate/drama kids, but we were also kind of A/V nerds, we were also movie nerds. We were all outliers that kind of just found each other, that were not exactly defined by being popular, or by being jocks, or by being anything. We were just kind of thrust together and found all the various little nerdy things, whether it was comic books or role playing, or TV shows that we loved that kind of bound us together.

What made you decide to turn everyone over 18 into a ghoulie?

Brad Peyton, my co-creator, had written a feature version of this and it was a lot more like the comic book and it was kind of more like Sean of the Dead and a little more like Zombieland. It was more zombie focused, and we’d seen a lot of those kinds of films at that point. When I read it, I really loved the character at the center of it, this kid who was like, “The best thing that ever happened to was the apocalypse. The adults are gone, I can do whatever I want!”

How familiar are you with bad ’80s movies? What it really reminded me of was this movie that was on HBO almost every night called Night of the Comet. I fucking love Night of the Comet! I love it for the wish fulfillment of, “Oh, this is what it would be like without the adults.” You would have fun, you would live your best life. You would go to the mall and take everything you wanted. You would get the best car, you would drive the fuck around town. It would be amazing. And I guess that hasn’t left my head since high school.

You know, there’s been a lot of kids-in-the-apocalypse movies, but not anything that really went after the wish fulfillment, like the have-fun type of aspect. So I really wanted to create a world that did not have adults, or where the adults were turned into zombies, because, look, I have kids. My girls are 14 and 12, and I want to believe in my heart of hearts that I’m one of the most important people in their lives, and I know that I am not. [Laughs] I know that their friends are still more important to them, and I know their social circles are how they become themselves, because I was the same way.

The best I can hope for is that my kids come to me for advice or trust me, but really I’m the ghoulie to them. I’m the bad guy! I’m the guy making them clean their rooms and making them do the dishes. I’m the bad guy in their story so it made sense to me to make that the allegory of the show. 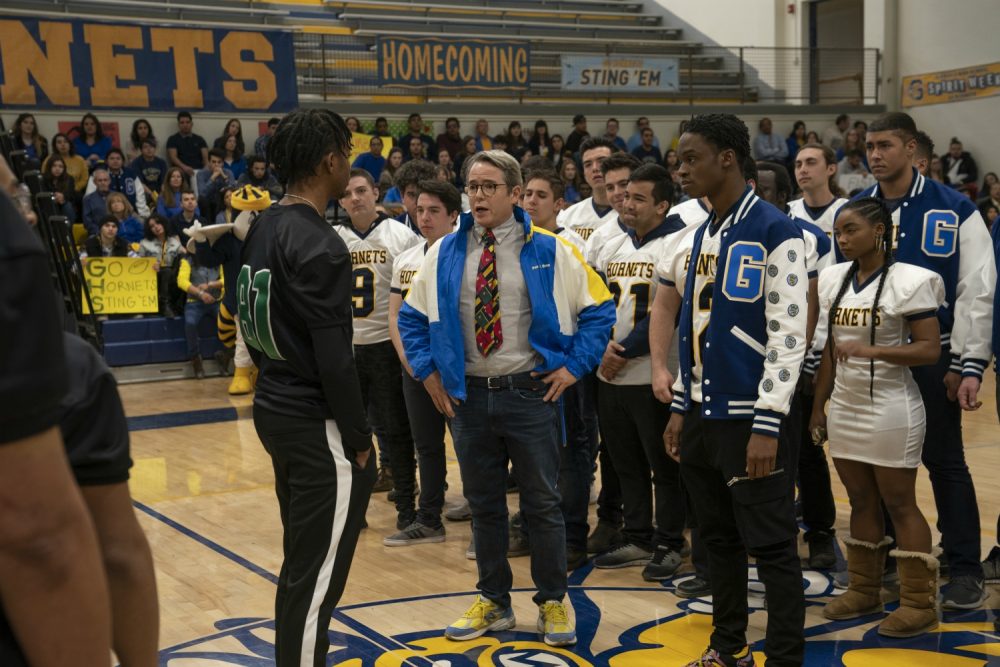 Matthew Broderick is in it, and there are tons of Ferris Bueller references along with seemingly current teen lingo. Did you pull a John Hughes and hang-out with kids?

It’s a lot because I have daughters and I watch what they watch, and I look at their YouTube channels, and I did a very deep dive into, “Let’s hear how they talk.” Also, I guess I have some arrested development. I feel like I’m one of the worst parents in the world because all I want to do is play with them and hang out and go see movies. I haven’t really grown up.

The actors on the show were also really helpful in telling me, “We don’t do that, we do this.” We wanted to be authentic. You know, kids curse. Kids curse in such fantastic fashion that we wanted our kids to curse as well, if we could elevate it into an art form.

The foulest mouth on the show belongs to 10-year-old pyromaniac heroine Angelica, played amazingly by 12-year-old Alyvia Alyn Lind. How did you find her?

She walked in and she owned it. We had massive casting, we went all around the world to find our cast, and with most every single character, one person walked in and went, “Oh yeah, that’s the character!” Alyvia was exactly like that. She’s this fantastically old soul in this really young body. She understood the words that she was saying and she was fearless in saying them. There was no hint of reservation. She is just unbelievably fantastic.

Do you worry about backlash over Angelica?

I’m not worried about it. I think there will be some backlash, but I also figure that she’s an honest character and a character that grows over the course of the season. She learns that her words matter, and because of this she has an arc that she goes through. But to say that kids don’t talk like this, that they’re so flawless and perfect, that’s a Disney Channel version of life.

I hope what people come away with is that even though these characters are flawed, they’re truly capable of taking care of themselves, of surviving, of rebuilding, of doing things in their own fashion. I think there is a really positive message under all of the great humor.

RELATED: A Controversial List of the Best Horror Movies of All Time