Home Music Dawes Returns to L.A. This Weekend for a Homecoming Show 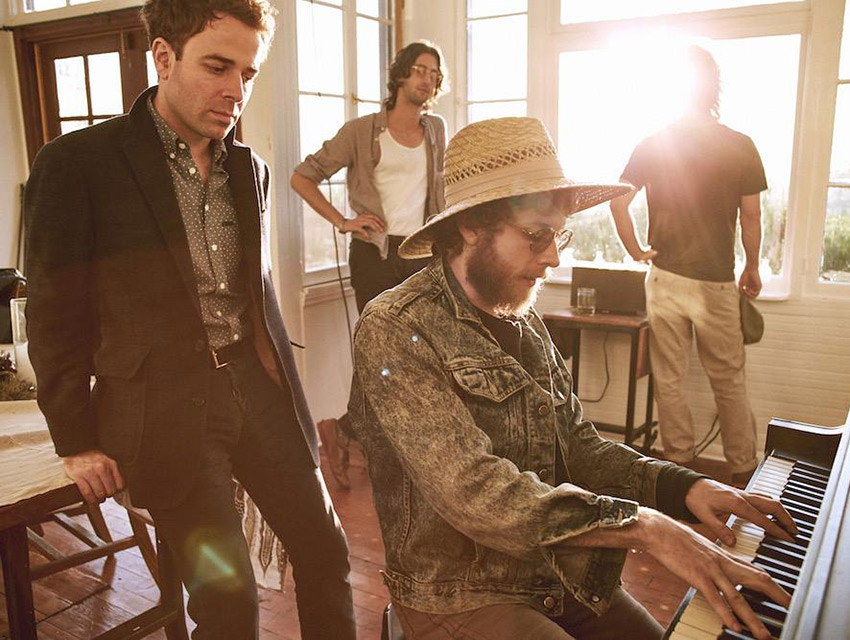 “It’s kind of a troublesome name, our band name,” Dawes lead singer and principal songwriter Taylor Goldsmith tells me over the phone. “When we came up with it, we weren’t thinking of all the repercussions. Anywhere in the U.K., everyone just assumes we are saying ‘doors.’ One guy there explained it to me: ‘The way we pronounce porn, as in pornography, is the same way we pronounce pawn, as in pawnshop. It’s the same with doors and Dawes, we are going to pronounce it exactly the same way.’ In Scandanavia, it’s ‘dahves,’ with a ‘v’ sound, and in Spain, it’s ‘dah-wes.’ Everywhere we go, our band name is different. If we were to have realized that before!”

Goldsmith and his buddy-slash-former bandmate Blake Mills probably weren’t thinking about such international problems while roaming the halls at Malibu High School—where the two decided to start a band called Simon Dawes, a combination of their middle names. The moniker was shortened to Dawes when Mills moved on to do his own thing (he’s now an acclaimed solo artist and producer), and the foursome that remained put out their debut album in 2009, garnering steady praise ever since as revivalists of classic 1970s Laurel Canyon rock (which only feeds the myth that they’re a Lauren Canyon band. They’re not).

In June of 2015, they released their fourth album, All Your Favorite Bands, produced by their friend Dave Rawlings and recorded in the studio in Nashville owned by Rawlings and his Americana muse and partner, Gillian Welch. Bands was born out of a more spontaneous process than Dawes’ past records—similarly to how they play onstage. The title track is part encouragement, part wish for any huge music fan: that all their favorite bands stay together. “The song is about someone taking their first steps into adulthood—they’re gonna get beat up, it’s inevitable, it happens to all of us,” Goldsmith says. “It’s telling them to try to hold on to as much as you can, because you are a good person, and I hope that you stay that way.”

With a rise to fame comes a non-stop touring schedule, but Goldsmith wouldn’t have it any other way. “It’s everything that we wanted,” he says. “I don’t know what else to do with my time.” On Saturday, January 23, the band heads to the Theatre at the Ace Hotel for their first headlining hometown show since the record came out. “I love playing L.A. shows,” Goldsmith says. “For us, that kind of pressure and those kind of nerves brings out the best in us. It’s always bizarre because everywhere you look you see a familiar face, and it’s such a joy. I wish we got to play here more often. When we do, it’s always the highlight of the year.”

“I think that L.A. is an inspiring place to be an artist because no one is blown away by anything that you do,” he continues. “If we lived anywhere else, a lot of people might say, ‘That’s so great you have a record deal!’ Or, ‘That’s so great you are going on tour!’ Whereas in L.A., nobody gives a shit. I think in a way, it brings you back down to earth, and you realize you are doing this for yourself. You are doing this because of what your own dreams and goals are, not because of other people patting you on the back.”

Goldsmith’s middle name, Dawes, comes from his grandfather. Dawes Lafayette Goldsmith (from Oklahoma) likely had his own distinct way of saying his name. But it doesn’t really matter how you say it. When musicians this tight with songs this strong come back home to play, we are going to call them one thing: magic.

Here’s Why You Should Check out Dawes Tonight

What is the Best Guitar Lick Ever Written?