Home Uncategorized David Cross and Bob Odenkirk are Finally Back Together 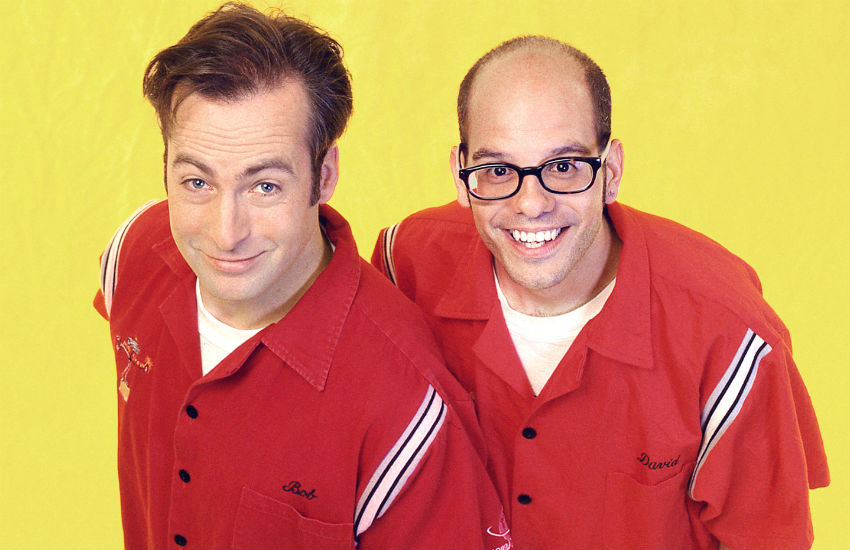 Here’s some fantastic newness for you. Cult sketch comedy classic Mr. Show With Bob and David is back. Sort of.

Bob Odenkirk, star of Breaking Bad spinoff Better Call Saul, is teaming up with his old partner David Cross to produce a new comedy show entitled With Bob and David for Netflix. The first season will consist of four half hour-long episodes plus an hour-long “making of” special.

Odenkirk and Cross (and the rest of the Mr. Show cast, which included John Ennis, Tom Kenny, Jill Talley, and Jay Johnston) have reunited occasionally since the show went off the air in 1998 after four seasons on HBO. Mr. Show was never a huge commercial success in the ’90s, but had a large cult following from the get go. With Odenkirk’s recent breakthrough roles on Breaking Bad and Better Call Saul, Netflix is sure to capitalize on the Saul Goodman-effect.

No official release date has been set yet. We really can’t wait to see what these two comedy masterminds come up with, but hey, more time to brush up on your Mr. Show jokes before Cross and Odenkirk are back.

Connie Chung Opens Up About on Her Disappearing Act on ‘The Undoing,’ David Letterman, and More